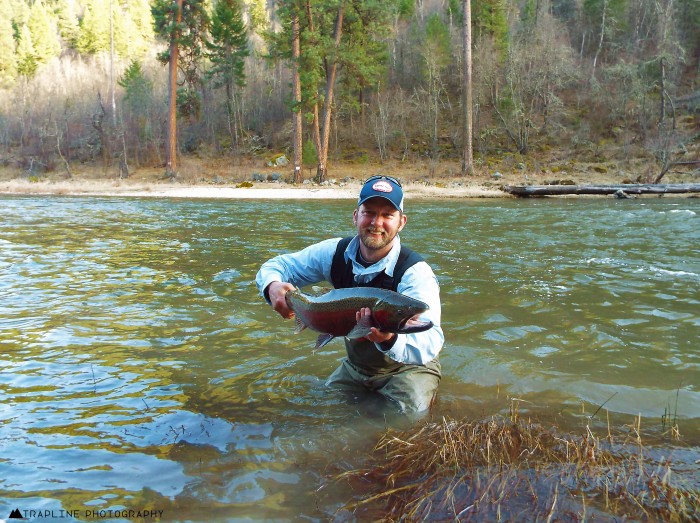 Steelhead were caught over the past week on the upper Salmon River. Angler effort increased but remained light overall. The majority of bank angler effort was observed downstream of North Fork while boat anglers were spread out throughout the area. Anglers interviewed between the Middle Fork and North Fork in location code 15 averaged 86 hours per steelhead caught, and no steelhead were harvested. Anglers interviewed in the other upper Salmon River location codes did not report catching a steelhead.

River conditions remained good throughout the week. Water temperatures were in the mid-40s and the clarity was clear. Currently, the Salmon River is flowing at 1,320 cfs through the town of Salmon, ID which is 103% of average for today’s date.

We would also like to remind anglers to be on the lookout for floy tagged steelhead. The University of Idaho, in cooperation with IDFG, is conducting a multiyear study to look at the influence of catch and release angling on wild steelhead. More information regarding this study can be found on the IDFG website at: https://idfg.idaho.gov/blog/2019/07/steelhead-graduate-study-field-work-gets-underway. Study updates are also being posted monthly to the IDFG website. Anglers that catch a floy tagged steelhead are encouraged to remove the tag by clipping it at the base. The tag number and catch location can then be reported to IDFG by using either the phone number printed on the tag or by navigating to the “Tag You’re It” website at: www.tag.idaho.gov.