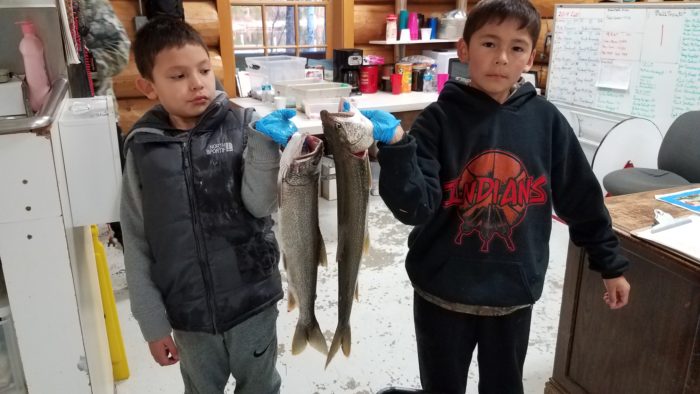 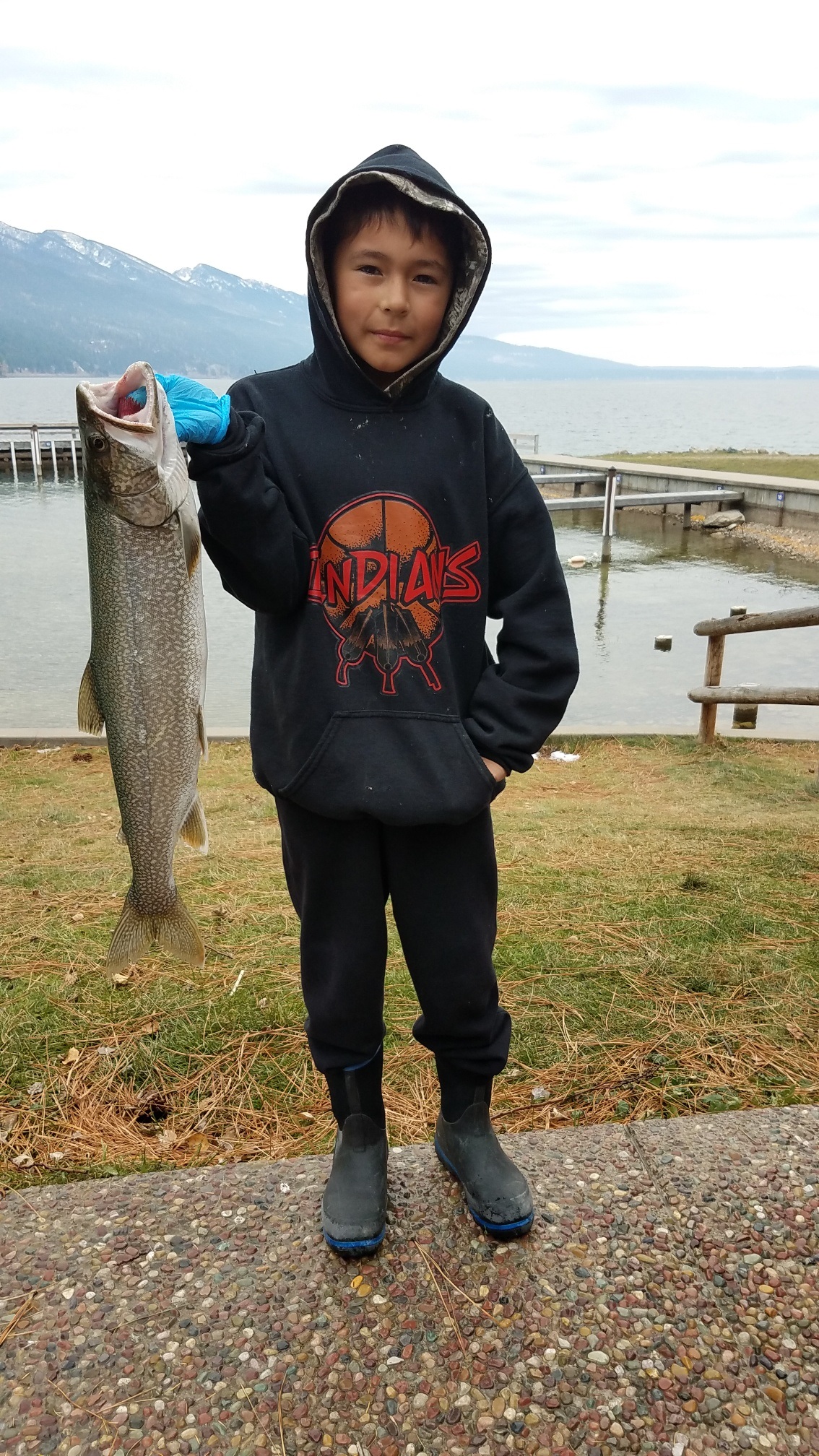 One week is all that remains in the 2019 Fall Mack Days Fishing Event. Seven weeks have been completed in the eight week event. Mack Days Events are sponsored by the Confederated Salish and Kootenai Tribes with UP to $150,000 in CASH and PRIZES that will be awarded to anglers on November 10th.

Marie Laveau the lovely $10,000 lake trout is still evading the anglers. Kim Mack of Helena thought she had her at the end of her fishing line on Friday but after struggling to bring her line in for several minutes she found an old trolling cable tangled with her line-Marie is still working her magic.  Avery and Arley Grandchamp of Polson tried their luck with Arley catching a laker on Saturday from shore. Sunday both young anglers each caught a lake trout from shore with Avery catching one with a clipped adipose fin that was worth $200. Also bringing in $200 tags over the seventh week were Ken Rickert of Thompson Falls and Sam Cusker of Bigfork. Tags with $100 values were caught by Richard Kreis of Huson, Larry Karper and John Gauci of Florence, Mark McMillin, Kenny Garrett, and Scott Bombard X 2 of Missoula, and Terry Krogstad and Julie Perkins of Kalispell. There are (3) $5,000 and (5) $1,000 along with over 9,000 lake trout with values from $500-$100. Fish Tuesday through Sunday the last week to try and bring in one of the tagged lake trout at the end of your line.

Mike Benson of Lonepine continues to lead the Top Ten anglers with 1,141 entries and a 68.27 average. Top Ten anglers are placed by their best fifteen day average on Saturday evening. Sundays total will be added for bonus amounts but does not count for Top Ten competition. Felix Gauci of Stevensville is 2nd with 989 and 62.33, 3rd Scott Bombard-958-58.27, 4th-Larry Karper of Florence is at 721-48.07, Sam Cusker is 5th with a total of 699-no average, 6th Larry Ashwell of Missoula-660-38.8, 7th-Terry Krogstad-596-34.87, 8th Julie Perkins-574-33.87, 9th Jack Kirkland of Missoula-415-27.67, and 10th Bob Stewart with 351 and no average. Anglers have two days left to add to their averages. If they do not have fifteen days they can use zeros to go into the average. Anglers have to make a choice of staying in the Top Ten or if they are leading in another category they can choose to stay in that category.

Larry Karper has 721 for 1st in the popular 70 and Over Category. There are several anglers in this category with at least two of them 89. There is years of fishing history and experience in this category.  2nd place Larry Ashwell with 660, 3rd John Gauci with 345, 4th Bob Christensen of Missoula with 158, and 5th Thompson Falls anglers Mike Cosby with 81.

Matt Kreis of Huson leads the 13-17 Category with 17, 2nd Matt Guckenberg of Kalispell-8, Tayven Moua of Missoula is 3rd with 3, John Ross Jr. of Stevnsville is 4th with 2, and Mike Ross of Stevensville is 5th-1.

November 10th is the last day of the event. All entries are turned in by 3:00 at the Blue Bay headquarters. The fish fry will begin at 3:00 with awards at 4:00.

Entries continue to be taken until the last day of the event. There is no entry fee. Go to www.mackdays.com for information or telephone 406-270-3386. Fish on everyone.