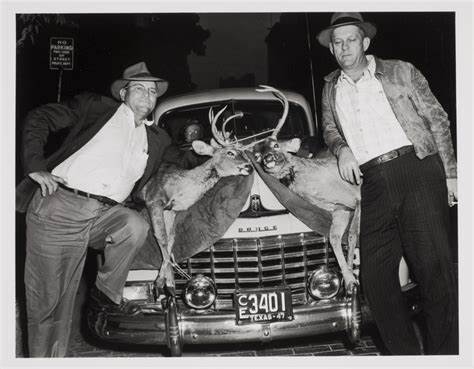 Hunters love to show the world their kills! When you look at historic photographs, the hunter’s rides, wagons, or camps are decorated with every critter they harvested. Car fenders were often used as the perfect place to drape a critter. Pickup trucks generally hide most of the critter except for some appendages, or antler. Some see this as food, some as bragging, and others as just gross.

My first car was a Chevrolet Nova. I customized it with special wheels, colors, 8-track sound system and all the latest cool stuff. The car was also my hunting ride. I harvested a nice buck and stashed it in the trunk. It was big so just the head and rack were draped out the back. The deer was secure, out of the wind, and visible to everyone. It was date night and like most hunters, I was running late. I stopped by my girlfriend’s house to show off my buck. Her parents were having several friends over for a dinner party. None of them were hunters or outdoors folks. They all came out for a look but… I still hear about this 50 years later!

Like it or not, everyone has different tastes. Hunting is a blood sport and as hunters we accept that. We don’t like the guts and gore but can see the finished product of food for our family’s, and souls. No sport needs to send a rude, or undesirable message, that labels them as something negative.

Throwing a tarp over the carcass keeps the grit, grease, and dirt off the critter along with the eyes of unwanted critics. Save the display of the carcass for an audience that appreciates the effort, and skill required, to tag out.

Recently I saw a picture from Nick Fradella, showing his idea of happiness. A single leg waves success out the bed of his rig. A simple wave and gesture of success. He can look in the side mirror to remind himself of this special moment. 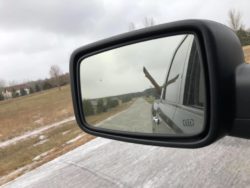 For more Montana Grant, wave at him at www.montanagrantfishing.com.