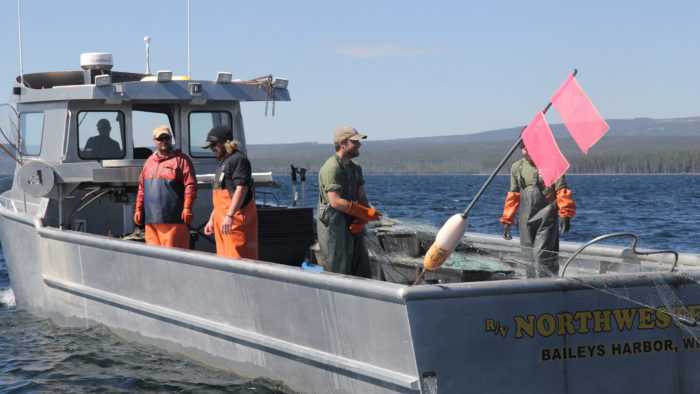 Yellowstone Lake has ben the target for dealing with an unwanted population of lake trout. The Park Service has been trying to control the lake trout population for 25 years! Finally, the efforts are paying off.

Like it or not, the lake trout will never be eradicated from Yellowstone lake. They were introduced years ago and are here to stay. The first recorded discovery was in 1994. What can change is how many lake trout are there. 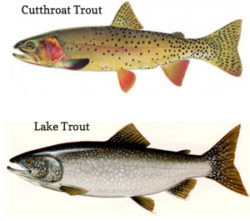 For some folks, lake trout seem to be a good thing. They are sought after as a game fish and grow to huge sizes. The problem is that they need to eat to grow. Their main food source is the native Yellowstone Cutthroat trout. If left alone, the Yellowstone Lake cutthroat population would disappear. Only lake trout would be left. Eventually, they too would suffer due to lake of food.

Many other native species of birds and mammals also depend upon the cutthroat trout. Because of different habitats and behaviors, lake trout rarely move to shallow waters when they can be consumed by bears, otters, eagles, and other critters. Lake trout are not a natural part of this ecosystem.

YNP has been using contracted gill netters to remove massive amounts of lake trout. Some of these trout were tagged and released so they could locate spawning areas. Now YNP also targets these egg sites and suffocating the next generations of eggs. 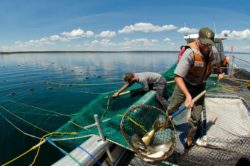 This year, the catch rate is 29% lower than the total from 2017. There are now 73% fewer lake trout 6 years and older, than at the populations peak in 2011. Larger numbers of Cutthroat trout are being seen and caught.

Gill net crews are also finding fewer, and smaller lake trout in their nets. The target number is a lake trout population under 100,000. Egg suffocation has been most effective and other techniques are being tested.

There is more work to be done. It has cost over $20 million to get to this point. 3.1 million lake trout have been removed from the lake.

We are all looking forward to the “Good Old Days”, when the Cutties swarmed into the tributaries of Yellowstone Lake. Buffalo Ford was so full of fish, you could almost walk across the river! Almost…