Deer and elk harvest and hunter participation started off slightly ahead of last season in west-central Montana and have stayed that way through the first three weeks of hunting season, according to data from Montana Fish, Wildlife & Parks (FWP) hunter check stations.  Two weeks remain in the general hunting season, which closes on Sunday, Dec. 1.

Although the region-wide totals are up slightly from last year, harvest and hunter participation are in line with five-year average for the region.

Elk harvest started off quite a bit stronger than usual, due largely to early season snow and cold, but now totals are much closer to typical in Bitterroot and still lagging behind last season and the five-year average in the Blackfoot. 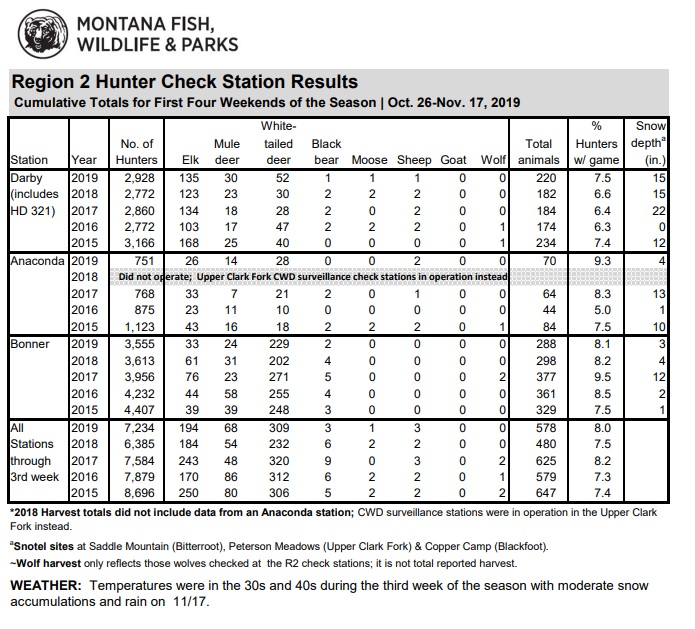