​Despite weather that’s windy and warm one day, then cold and snowy the next, hunters on the Rocky Mountain Front west of Augusta are taking home elk and white-tailed deer at numbers near or above long-term averages, a state wildlife biologist said.

Mule deer numbers, however, are lagging behind.

“The mule deer harvest is 21 percent below the 10-year average,” Lonner said.

The numbers were collected in Augusta at FWP Region 4’s sole biological check station and apply only to a handful of hunting districts on the Rocky Mountain Front.

Mule deer at the check station have numbered 63 (57 bucksand six does). The 10-year average is 81 animals. 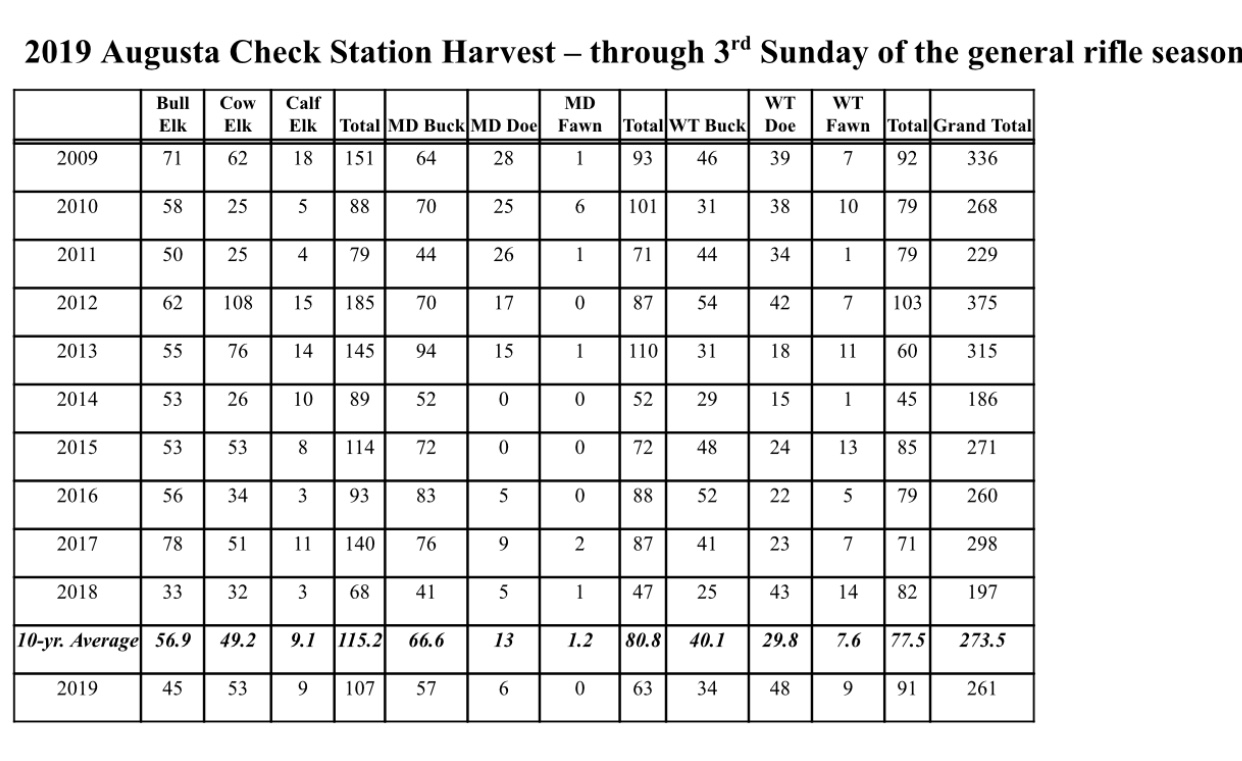