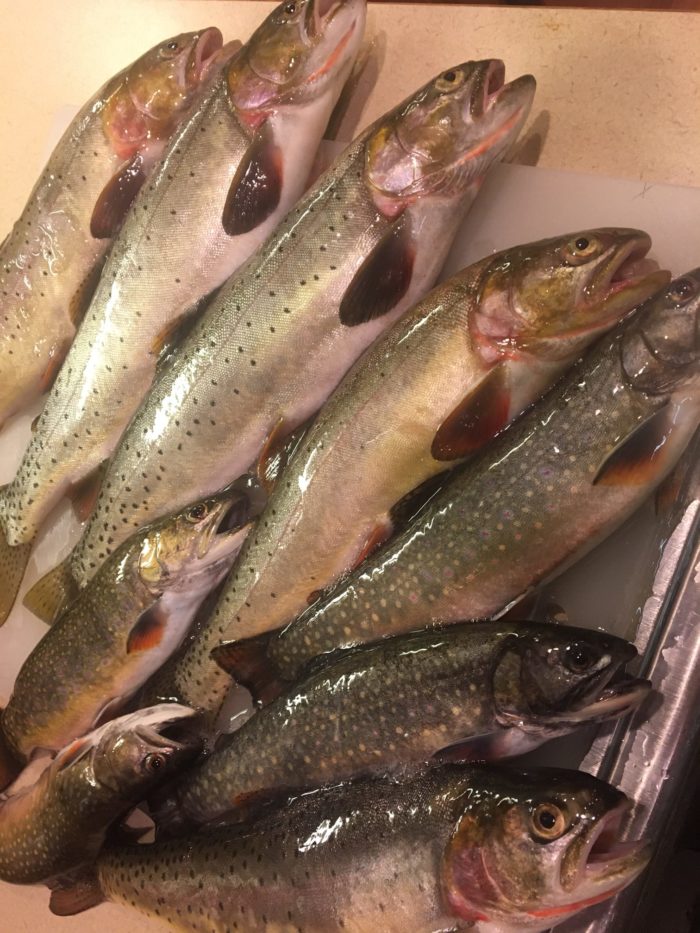 If you are waiting for safe ice to fish on, the wait is over. First ice is often the best ice. I went to Hyalite Lake, near Bozeman, the other day and was rewarded with a Grand Slam.

A Grand Slam varies from watershed to river, to lake. Basically, when you catch every species, and limit, you are the winner. 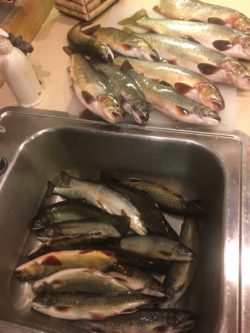 You know ice fishing is hot when you set a beer on the ice, and for 3 hours you don’t have a chance to open it! That’s how good Hyalite fishing was. I caught all 3 available species, Brook trout, Cutthroat trout, and Grayling. You can keep 5 Cutties, 20 Brookies, and must return the Grayling.

This was the first time that I was able to catch 20 legitimate keeper Brook trout. Every kept Brook trout was 12-15 inches. I released dozens of smaller fish. The kept Cutties were 18-20 inches. In the past, my best day was 18 brooks and a limit of Cutties.

I fished 3 hours! There was only one other angler on the 8-inch thick ice. I found a spot with evidence of other fishing. Using a hand auger, I opened the holes and the bite was on. Small green jigs with a bit of worm, a maggot, and some scent gel was the ticket. Most bites were on the bottom, but many fish hit on the drop.

Don’t be afraid to fish 2-3 feet deep near the shore. Keeper brookies abounded there. The Cuts fought heavy and hard. Good drags and line are needed to land these pigs. Once I had my 5 keepers Cuts on the ice, I was releasing 20 inchers with a comment that “This was your lucky day!”

Not everyone approves of keeping trout. During the main warmer season, I rarely keep trout. The best time to keep healthy, clean, and fresh fish is during ice season. Stocked fingerlings in lakes like Hyalite grow fast and fat. The brookies are reproducing naturally after being stocked decades ago. The limit is big since the FWP wants to reduce their population. Brook trout are not a native species. Trout are delicious to eat. Brookies are my favorite.

This is the time to take out rookies, kids, and old Farts. The snow is light, the ice is safe, and the bite is on!

For more Montana Grant, find him cleaning fish at www.montanagrantfishing.com.