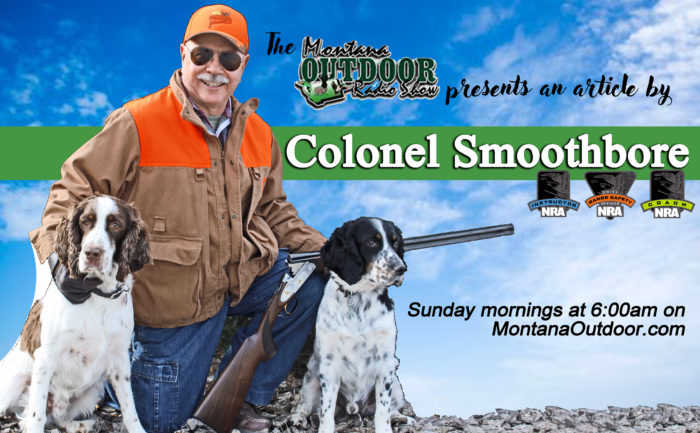 New Venom from an Old Viper (with Colonel Smoothbore)
By angelamontana

I always love the New Year, for gun guys Christmas often comes in January. This is the month of the NSSF® Shooting, Hunting, Outdoor Trade Show, or Shot Show for short. Every year at this time firearm and firearm accessory manufacturers introduce new products before and during the Shot Show. Here are a few of the early announcements.

Over the last three decades Colt® has undergone rough times, including two bankruptcies. Hopefully, this venerable American manufacturer can look forward to better times and profits. In the last couple of years Colt® has introduced new products that have helped the company gain market share. Most recently the Cobra revolvers have taken Colt® back into a segment of the handgun market they abandoned years ago. Now the most famous of the “snake” guns has returned. The Python is back!

I haven’t been able to handle a new Python yet, but here is an excerpt from their website: “Building on Colt’s Snake Gun legacy, the legendary double-action revolver returns in stainless steel in 4.25” and 6” barrel lengths. The 2020 Python features modern stainless steel alloys and a re-designed rear sight. Thirty percent more steel beneath the rear adjustable target sight gives you a stronger revolver and more robust shooting experience. A recessed target crown, user-interchangeable front sight, and Walnut grip with the iconic Colt medallion make this a gun you’ll want to shoot AND show off. The Python is chambered in .357 Magnum and also accommodates 38 Special cartridges.”

One of the reasons Python production was ended in the past was the great amount of hand fitting needed to make the gun. Prices of used Pythons have sky-rocketed in the last 8-10 years. It will be interesting to see if the new model impacts the value of those older guns. The MSRP of the new Python is $ 1499, depending on availability, the street price is anyone’s guess. Here’s a link to a good video about the new viper gun: https://www.youtube.com/watch?v=xA5er19C7cA. 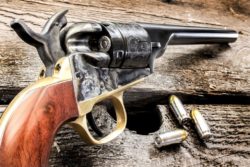 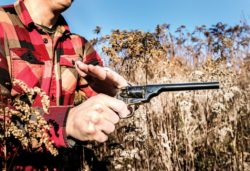 Another new gun I found quite interesting is the Cimarron Firearms ’62 Pocket Navy conversion revolver. This nifty little gun looks like its namesake, but is chambered in .380 ACP centerfire cartridge. The gun weighs a bit under two pounds, has a six-inch barrel, walnut grips, and comes with a whole bunch of cool. MSRP is $ 587.82; I’m not sure how they arrived at the price, but at that price I believe the gun will be a good seller. Expect street prices around $ 450-$ 500. One item with the pistol that might be a liability for some is the gun is only chambered for 5 rounds. After studying the function of the gun, I would suggest that when carrying the little revolver loaded, leave the hammer on an empty chamber much like one would carry a Single Action Army pattern gun. This might stop a few from purchasing this pistol, but this gun is intended for fun. Just go to the range and plink away, it’s not a bullseye model, but it is loaded with exponential wow factor, enjoy it. 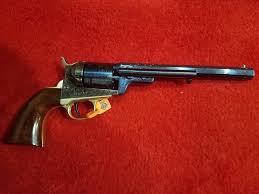