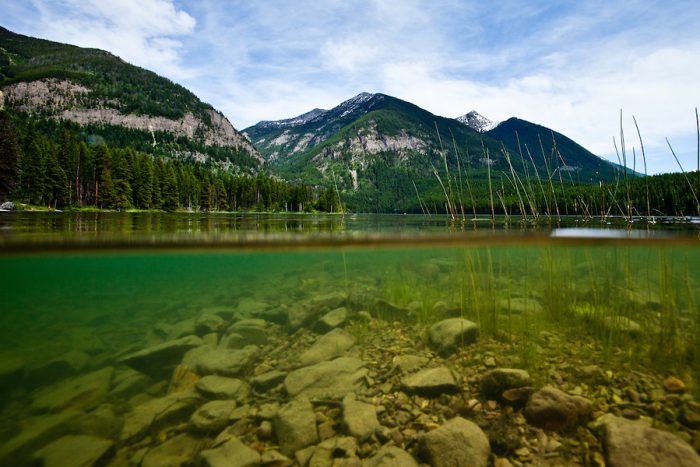 MISSOULA, Mont. – The Nature Conservancy and U.S. Forest Service are excited to announce the finalization of a sale which will move 16,400 acres of former commercial timber lands into the public domain. The land west of Seeley Lake, was characterized by the checkerboard pattern of public-private ownership that was created more than a century ago.

This sale includes land from the 117,000 acres that TNC purchased from Plum Creek Timber Company in 2015. Over the last 30 years, TNC has purchased more than 500,000 acres from Plum Creek, with the goal of conserving the natural integrity of the forests, rivers, and wildlife as well as historic public access. Over the years, TNC has been gradually selling this land back into the public domain under management of both the Seeley Lake and Missoula Ranger Districts on the Lolo National Forest, creating continuous areas of publicly owned land.

“This project has been a blueprint for achieving conservation at a meaningful scale and would not have been possible the without collaborative partnerships, forged over many years, among private landowners, community organizations such as the Blackfoot Challenge, and state and federal agencies. We are grateful to the U.S. Forest Service, who have leveraged support from the Land and Water Conservation Fund to make a lasting difference for people and nature,” said Sally Jewell, interim CEO of The Nature Conservancy.

This sale is the result of more than a decade of community-based, public-private partnership aimed at eliminating the ownership pattern that made management of these lands challenging. It comes on the heels of another recent sale of nearby land to the Bureau of Land Management, resulting in a combined total of 23,700 acres of new public land.

“Thanks to dedicated and visionary partners, the first phase of this project is complete,” Carolyn Upton, Lolo National Forest Supervisor. “The Lolo National Forest is looking forward to stewarding these acres which will contribute to continuity of wildlife habitat and recreational access for the public in perpetuity.”

Benefits of the acquisition include:

“Not only does this conservation project secure long-term public access for hunters, anglers, hikers and others, but the scale to which management of wildlife habitat can take place is exceptional.  Eliminating problematic ownership patterns is an invitation for land managers to more effectively enhance wildlife habitat. RMEF looks forward to continuing that effort with our partner’s in the area.”

This acquisition is phase one of two, the second half of the project is expected to conclude in the early summer of 2020 and add additional acreage to the public land base on the Lolo National Forest.