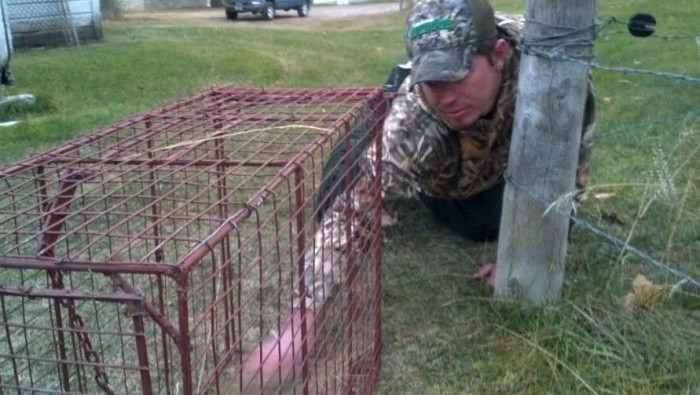 You don’t have to be a trapper to understand and support trapping.  Trapping is the most effective form of wildlife management.  Period.  There are a lot of antis in Missoula (among other towns in the state), and a group of those people is trying to spread misinformation to their followers.  It is frustrating to listen to their emotional stories and watch their demonstrations, and people need to know the truth.  Who in their right mind would ask for information on trapping from somebody that has never trapped in their life and knows nothing about it?   I am not going to ask somebody who has never surfed in their life and/or who hates surfing how to surf.  Wouldn’t you want to learn information on any topic from people who actually are involved in what you’re trying to learn?

There is an event coming up on Thursday, March 5th, at Imagine Nation Brewing in Missoula from 6-8pm.  It is called Ban Traps in Urban Interface.  The event is hosted by Imagine Nation Brewing and Footloose Montana.  This is not the first time this location has hosted an anti-sportsman event, either.  If you’re a trapper or a sportsman who understands the importance of trapping, I suggest you attend this event.  The information and lies they tell are bewildering.  I wouldn’t have believed they say and do the things they say and do if I didn’t hear and see it with my own ears and eyes.  As somebody whom has, personally, attended quite a few anti-trapping workshops in Missoula, the blatant lies being told are seriously disturbing.  I mean, they literally make things up to fit their agenda, and that is no exaggeration.  It’s mind-blowing that they have people supporting them at all who don’t do their own research.  Bizarre.

Anyway, trapping itself may not be for everybody, and that is fine, but the importance of trapping in wildlife management should still be recognized, and if you don’t understand it, please ask a trapper.  Propaganda.  That is all it is.  A few sportsman are already planning on attending, myself included.  It is just a reminder that people shouldn’t talk about things they know nothing about…if you want to know about trapping, ask a trapper!