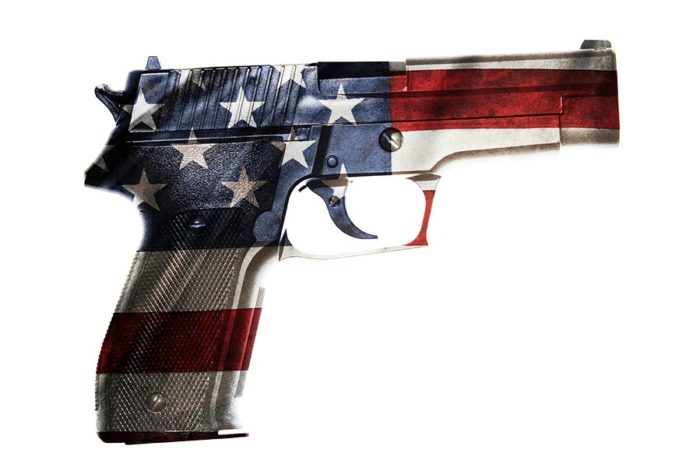 Montana gets an F on this report for gun laws, does that mean it gets an A for gun freedoms?
By Moosetrack Megan

The Giffords Law Center to Prevent Gun Violence released a press release today stating that Montana had earned an “F” for the strength of its gun laws. In the press release below the center spells out why Montana “has very weak gun laws.”

Perhaps that means the state would get an “A” in contrast if the measuring stick were labeled “gun freedoms.”

It’s interesting to note that these grades don’t necessarily comport with real-life results. Just this weekend two New York Police officers were shot within 24 hours, and that state has an A-.

In December a shooting at a Jewish grocery store in New Jersey left three civilians dead with one police officer. That state has an A grade.

Massachusetts also has a high mark at A-. However, just Friday, a gunman and hospital worker were shot at a prominent Boston hospital.

Hawai’i has a A-.  Last month two police officers were shot as they responded to a call. The shooter burned down several structures in a neighborhood.

Do these letters mean anything? How many Montanans have to worry about going to the grocery store or hospital and risk being shot?

Washington DC — In the latest edition of the Annual Gun Law Scorecard, Giffords Law Center to Prevent Gun Violence graded and ranked each state on the strength of its gun laws, showing that states with stronger gun laws have lower gun death rates and save more lives. In the 2019 Gun Law Scorecard, Montana earned an “F” for the strength of its gun laws.

Montana has very weak gun laws. The state has the third-highest gun death rate in the country and exports crime guns at twice the national rate. To save lives from gun violence, Montana legislators could require background checks on all gun sales and pass an extreme risk protection order law.

“For decades, state lawmakers have an established track record of following the NRA’s orders. But this era is over as state leaders are now charting a different course, passing hundreds of laws that have brought countless communities increased peace and safety,” said Robyn Thomas, executive director of Giffords Law Center to Prevent Gun Violence. “The rise of gun safety laws, which accelerated after Parkland captured the nation’s attention and crystalized demands for action, shows leaders on both sides of the aisle are taking action. Looking to the states that made improvements over the past year demonstrates that more legislatures are awakening to the fact that the time to act is now. However with 21 states still earning F grades, it’s clear we have work to do. The light we shined on trafficking this year proves that as many states move forward, it’s time for the federal government to step up and do more to protect residents of every state from the risk of gun violence. Year after year, it is our intention to show legislators, activists, and citizens that progress is possible. We hope they use the Gun Law Scorecard to evaluate the safety of their state and make informed choices that will lead to a safer America.”

Giffords Law Center’s Annual Gun Law Scorecard underscores the fact that gun laws save lives in the states that work to enact them. This progress is making a lasting impact across the country. For the first time in the history of the Gun Law Scorecard, more Americans live in A states (98.7 million) than F states (94.7 million.) Between 2012 and 2019, the number of Americans living in states with A grades increased by more than 45 million, while the number of people living in states with D and F grades declined.

Many places around the country where progress was once thought improbable have seen marked improvements in the past year. For example, after the election of a new governor in New Mexico with a mandate to pass stronger gun laws, the state saw a dramatic shift in its grade—moving from an F to a C as a package of bills were passed to strengthen background checks and disarm domestic abusers.

While last year we saw 70 gun safety bills signed into law in 22 states and DC, the changes in seven states were significant enough to raise these states’ grades:

The 2019 Annual Gun Law Scorecard also takes a close look at the impact firearms trafficking has on undermining state gun laws. The United States suffers from an inconsistent patchwork of state laws—allowing guns to move easily from states with weak gun laws into those with stronger regulations. Notably, eight of the 10 states that traffic firearms at the highest rates have F grades.

California, for example, has the strongest gun laws in the nation. Neighboring states with weaker gun laws fuel gun crime and violence in the state by contributing to the more than 10,000 guns trafficked into California each year.

Similar situations occur in other states with strong gun laws, like Illinois and Maryland. Nearly half of the guns used in crime in Illinois—and nearly 60% of the guns used in crime in Chicago—are trafficked in from states with weaker gun laws. Most of these guns come from Indiana, which lacks many of the important gun safety protections Illinois has passed. Southern states with F grades, like Missouri, Kentucky, and Mississippi, also traffic hundreds of crime guns into Illinois each year.

In Maryland, the state with the highest rate of crime gun imports, traffickers bring nearly three times as many guns into Maryland compared to the state average. Maryland sits within what is known as the Iron Pipeline, a route used to traffic firearms from Southern states with weak gun laws to Northeastern states with stronger laws. Nearly a third of crime guns used in Maryland were originally sold in Virginia. Guns from Georgia and Florida are also major contributors to gun crime in the state.

Until we pass strong federal gun safety laws, the lifesaving strides made by states like California, Illinois, and Maryland will continue to be jeopardized by neighboring states with weak gun laws, leaving all Americans at greater risk of gun violence.