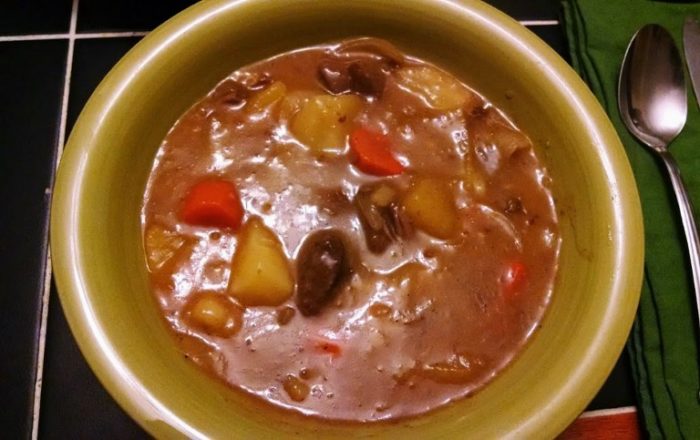 Most of us have watched Wiley Coyote and the roadrunner at some point.  Here is one of those times where Wiley just can’t win…again.  If you are interested in tasting one of your coyotes, here’s a recipe to “give a shot”. Punny!

3 tbsp of flour*
Additional salt and pepper to taste

Heat about a quart of water to boiling and keep it hot nearby.
1. In a large, heavy-bottomed pot, heat your fat of choice until just beginning to smoke. Add your coyote meat and let it brown deeply before stirring. Turn the meat to brown as many surfaces as possible.
2. Once the meat is well browned add enough boiling water to completely cover the meat. Also add the thinly sliced onion, garlic, Worcestershire sauce, salt, pepper, paprika, and bay leaves. Bring to a simmer and cook until the coyote is fork tender, at least an hour.
3. When the meat is adequately tender, add the rutabaga first and then the carrots, onions, and potatoes. Do not stir at this point but leave at a gentle simmer for about 30 minutes. After that time, stir and check the vegetables for doneness. You may need to add a little hot water at this point to create adequate gravy. If your vegetables are suitably tender move on to the next step.
4. In a small jar with a tight lid, combine the flour and about a quarter cup of cold water. Shake vigorously to completely combine and pour the resulting mixture into the stew. Stir gently over low heat until thickened and gravy no longer tastes “floury.” DO NOT BOIL. Remove from heat, adjust salt and pepper to taste. Serve hot with crusty bread.

*To keep this recipe safely gluten-free, I used three tablespoons of gluten-free oat flour plus three teaspoons of arrowroot powder in place of regular wheat flour. Use wheat flour if it suits you better.