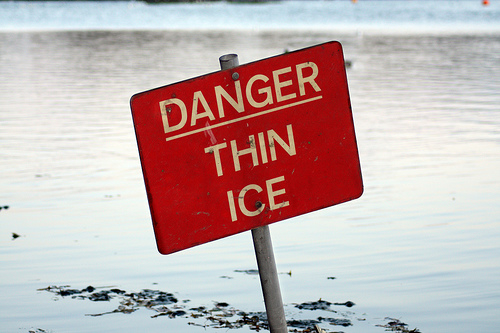 Outdoor Report by Bob Ward’s Sports and Outdoors 3.25.2020
By angelamontana

In like a lamb, out like a lion is March to a tee, and with social distancing and keeping safe, hopefully we will still have fishing and the open spaces to get it.

Fishing
Unsettled weather this time of the year makes it interesting when packing the right gear. Pretty much assume that it could be sunny and 55 one minute and snowing sideways the next. Make sure to bring your cold weather gear because you can always strip a layer if you have it!!!
Rivers
Clarkfork-the afternoons should be good for Sqwalla action, don’t forget that the rumor is that’s how they got their name for the frequent snow squalls that happen this time of year. Bluewing Olives are also out and might be better if you’re wanting surface action. Dead Drifting bigger nymphs under an indicator to imitate the Sqwalla is probably your best bet though. Pat’s Stone, B.H. Kaufman Stone, and WMD should be good.
Rock Creek- Same as the Clark, with a little more snow.
Bitterroot- Nymphing is the ticket here, afternoon are best. Also some streamer fishing in the deeper holes. Sqwalla hatch is happening and the bugs are already above Stevensville. Dead drifting bigger stonefly nymphs is a better choice if you are in a stretch that has more traffic.
Blackfoot- Started up pretty good last week with nymphing, but a lot of the Lower River is still shaded for most of the day. Bigger stonefly nymphs fished deep are a good first choice and swinging big streamers always produce a big brown or two.
Lakes
Georgetown- The clock is ticking as the closer is March 31st. The fishing is on and off. Probably best ice locally. All the basics like jigging spoons and spawn sacs for the Rainbows, for Kokanee try using a short dropper below a jigging spoon with a smaller ice jig tipped with maggots or a piece of cocktail shrimp. Jig aggressively then let it pause to trigger them.
Browns- Ice is questionable and probably unsafe.
Salmon- possibly ok ice in most places, but fishing has been hit and miss. Pike are moving from the deeper areas up to the 10’-12’ range right at daylight. Dead sticking smelt with quick strike rigging is a pretty bomb proof tactic for late ice. Target the first breaks coming up from the deep basins for perch. 20’-25’ are a good starting point, but make sure not to try and release them as barotrama will kill them when you bring them up from that deep!! Get your fish for eating and stop. Northland forage minnow jigheads in orange and green tipped with maggots or a perch eye fished right on the bottom.
Seeley- has decent ice, but be very careful near the inlet and outlet, it can get thin quick. Same as Salmon Lake for the tactics.
Flathead- Lake Trout fishing has been really good, and won’t be affected as much by this cold front. Fish are all over the water column, and everything from jigging, to dead bait fishing has been working.
Helena area
Ice may make a brief come back over the weekend, but be careful!!! It takes more than two or three nights of cold to build good ice.
Holter (Upper)- Gates of the Mountains boat launch is open….again!!! Which means both Awesome Rainbow fishing and targeting pre spawn Walleye!!! For the Walleye, head straight out from the Gates boat launch and find the channel running from upstream. Use 3/8 to 1/4oz jigheads tipped with 3-4” soft plastic Berkley minnow bodies. White, pearl, and chartreuse are all good. Snap jig them about 6-12” and let them fall back to the bottom. It can be slow Fishing, but there are some giants there so be patient. Trout will also hit that rig, but if you long line troll or cast Rapalas you will get a faster response. Don’t forget casting marabou jigs to the banks, and stripping buggers and big streamers. Also throwing a night crawler or spawn sac out from the bank can be deadly as well.
Holter(Lower)- still some ice fishing going on here, but don’t chance going out to far. Ice conditions are changing rapidly.
Canyon Ferry- ice fishing on the south end is still happening by the duck ponds. From the Silos,there is some open water. Rainbows are hitting marabou jigs fished just below the ice. Perch and a few smaller Walleye are being caught fishing right on the bottom. The north end of the lake has open water, and casting bait or Spoons and Rapalas will get you some trout for sure.
Hauser-look for the fishing below Canyon Ferry dam to take off as the water temps come up in the next few weeks. Drifting spawn sacs and marabou jigs below slip bobbers will get some big Rainbows!!
Casting marabou jigs against the banks as the ice melts is also a deadly tactic.
And please be aware of others space, if you group up at the boat launches and campgrounds, it will get them closed for sure!!!! Be safe out there!!!
Report via Neal Cote