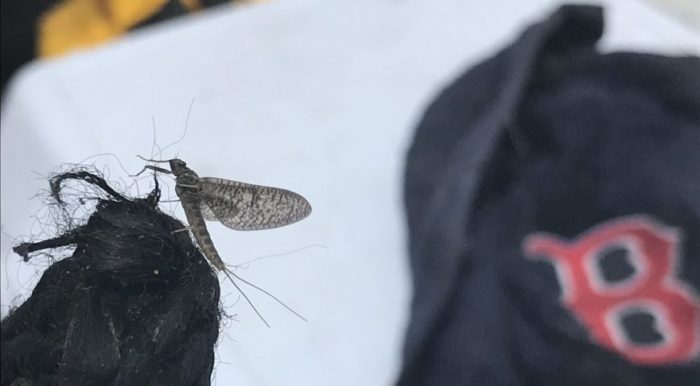 THE STRETCH FROM LIBBY DAM DOWNSTREAM TO HIGHWAY 37 BRIDGE/FISHER RIVER IS NOW CLOSED FOR SPAWNING UNTIL JUNE 1. BELOW HIGHWAY 37 THE RIVER IS OPEN TO ALL ANGLING.

Kootenai River flows will remain stable at 4000cfs for the foreseeable future. Conditions will be good and this is definitely the start of spring fishing.

There will be a nice window of spring fishing opportunity for the next seven to ten days.  Fair weather has returned and will be bringing some sunshine.

March brown mayflies have started to pop later in the afternoons each day.  Dry fly fishing is still minimal but if you see bugs, you’ll likely see rising fish.  And they’re hungry this time of year.  Make a good presentation and they’ll eat a size 14 parachute Adams every time.

Nymphing the Kootenai River is still the most consistent technique this time of year.  Trout will still be lethargic and not necessarily feeding aggressively. Remember to get bugs down and keep them down. Don’t be in a hurry either and don’t expect savage strikes. Takes will be subtle. Keep a keen eye on your indicator and if you notice even the slightest change in speed, lift. And don’t be too aggressive with you strike either. Remember, trout are feeding slowly so they bite will be soft.

Look for fish in slower currents, pools, tailouts, and especially around cover. The China Rapids stretch between Libby and the Kootenai River Falls can offer some great opportunities this time of year. Slip your bugs above and especially below boulders in the cushions as fish will be concentrated in soft pockets. Also, water temps will likely be a few degrees warmer as you get downstream from the Libby Dam.

Be brave and confident.  Get out the bigger rods and throw streamers. This is actually a great time of year to pick up a big fish. Don’t expect numbers but cover water, swing small size streamers and generally fish them slowly with a pulse now and again to make them look like struggling baitfish. Cover water as well. Don’t get concrete feet. Make a couple casts and take a few steps and fish an entire run.

7 Day Weather Outlook:  For now, we have returned to spring after a ten day run of winter conditions.  Fair and generally stable weather will move into the area bringing some sunshine and warmer afternoons until the weekend.  Fair weather will continue but daytimes temps early next week will be cooler.  There is always a breeze this time of year but with more stable patterns at least on some days it will not be as blustery.