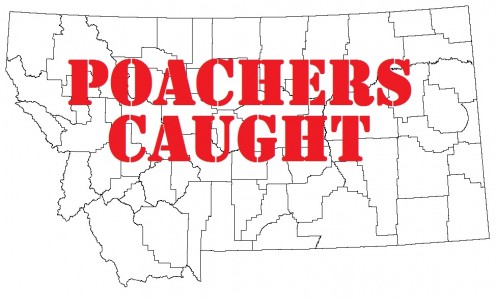 A Louisiana man who admitted illegally having a firearm after confessing to shooting a mule deer buck in the Baker area was sentenced Monday to 15 months in prison and to three years of supervised release, U.S. Attorney Kurt Alme said.

Matthew Stephen Hays, 32, of Rayville, LA, pleaded guilty in November to prohibited person in possession of a firearm.

The prosecution said in court documents that Hays was convicted of felony theft of a firearm in Louisiana in 2014. In January 2019, Montana Department of Fish, Wildlife and Parks wardens were investigating reports of deer poaching in eastern Montana. While on Sheep Mountain Road, the wardens saw a small pickup truck, heard four shots and saw the truck drive away. The wardens drove to where the truck had stopped and found a mule deer buck thrashing in sage brush about 150 yards from the road. The wardens hiked to the animal and found it dead from several gunshot wounds.

Four days later, one of the wardens saw in a Baker parking lot a truck matching the description of the truck that had been seen on Sheep Mountain Road. There were deer antlers in the back of the pickup and a rifle and several boxes of ammunition in the back seat of the cab. Hays emerged from a nearby store and walked to the truck. He confessed to the warden that he shot mule deer buck with his .22-caliber rifle. During a search of the truck, the warden recovered a .22-caliber rifle and a second firearm. Hay also told the warden he had a prior felony conviction.

Assistant U.S. Attorney Karla Painter prosecuted the case, which was investigated by the Bureau of Alcohol, Tobacco, Firearms and Explosives.

This case is part of Project Guardian, the U.S. Department of Justice’s recent initiative to reduce gun violence and enforce federal firearms laws, and Project Safe Neighborhoods, the USDOJ’s initiative to reduce violent crime. According to the FBI’s Uniform Crime Reports, violent crime in Montana increased by 36% from 2013 through 2018. Through these initiatives, federal, tribal, state and local law enforcement partners in Montana focus on violent crime driven by methamphetamine trafficking, armed robbers, firearms offenses and violent offenders with outstanding warrants.