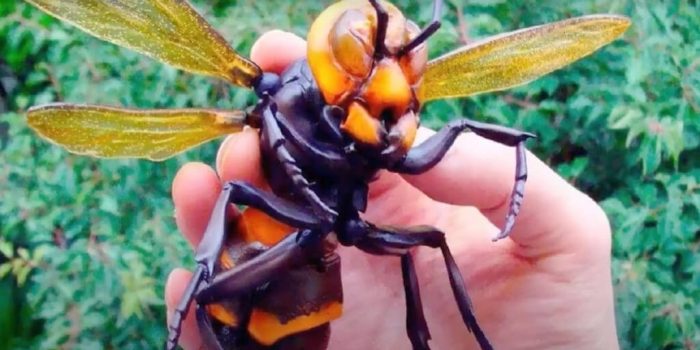 DON”T BUG ME!!!
By Montana Grant

Insects can really Bug outdoor trekkers. Ticks, ants, bees, mosquitos, wasps, and hornets. Throw in the snakes, skunks, and other predators and trekking outdoors can become a real danger. Why would anyone want to head outdoors?

Fortunately, Montanans are tough. Recently I wrote about the new illegal Alien Long-horned tick that has made North America its new home. The world has become a smaller place. The airplanes, ships, and wind and water currents bring all sorts of new critters to Montana.

Boat launches across the sate are staffed with inspectors searching for snails and mussels. Felt foot waders are banned to keep the New Zealand snails at bay.

Now we have a new HUGE HORNET making its way onto our continent. The Asian Murder Hornet puts other insects and people at risk. This reminds me of the African Bee invasion back in the 1970’s. These hybridized bees were supposed to become major honey producers but instead became aggressive immigrants from South America. In a few situations, a swarm could sting and kill animals and people. These bees were easily angered and vicious.

The new Monster Hornets may not be as bad as is being predicted. The true story is that 2 dead hornets were found in Washington State, last December. One live nest was found in Canada and destroyed. No live hornets have been seen since December.

Common sense tells us to stay away and leave them BEE! Multiple bees, wasps, or hornet stings can kill or impact human health. Pets and livestock can also be a problem. Too many stings from any bugs or insects can cause the victim to go into shock or have an allergic reaction.

The insect that scares many of us the most is the Mosquito! This tiny insect can carry many diseases. Reproduction is fast and the females seek out blood to nourish their eggs. “Squitos” are responsible for more worldwide diseases than al of the bees, wasps, and hornets put together. Lyme’s disease is a huge tick problem, but mosquitos are way more abundant mobile, and deadly.

The recent Pandemic has been scary, but if a virus ends up in the mosquito world, we could all e in a world of trouble. Ignore the media hype over these so-called Murderous bugs and insects. In a bad year maybe a few dozen people get killed by Murder Hornets. The other tick, bee, and wasp incidents kill fewer people than Drunk drivers. A swing of a tennis racket can deal with a Murder Hornet. 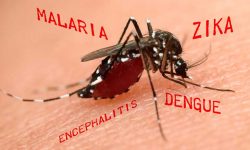 Though not to be ignored, we need to be targeting the correct threats. The Buzz about Mosquitos is way deadlier. Keep your DEET handy and use common sense to avoid all bug, insect, critter, bear, snake, mountain lion, wolf, and …

For more Montana Grant, bee with him at www.montanagrantfishing.com.