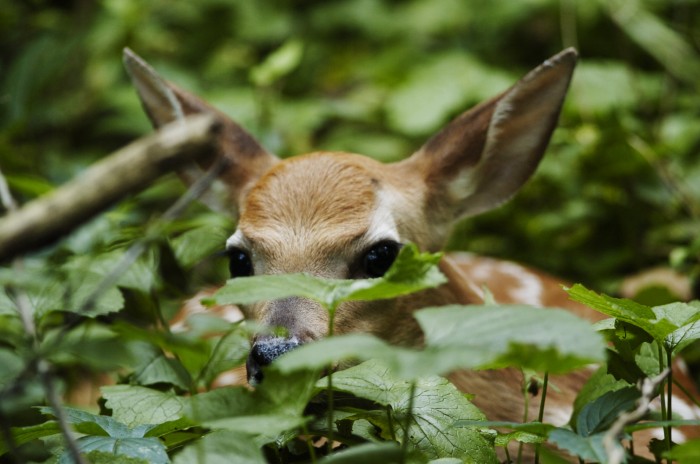 Reminder: Leave baby animals alone, and be mindful of diseases
By angelamontana

Each spring, FWP receives calls from people who have picked up deer fawns, baby birds or other newly born wildlife.

It’s important to remember that Montana Fish, Wildlife & Parks no longer accepts, holds or rehabilitates moose, deer, elk and most other animals. Diseases (such as Chronic Wasting Disease) are a concern when moving moose, deer and elk, and rehabilitating fawns and calves is often unsuccessful because the animals become quickly habituated to people.

If you see a baby animal, whether a goose or a grizzly, keep your distance and leave it alone. Handling baby animals can be dangerous and usually once young animals are picked up by people they can’t be rehabilitated.

What can you do?

Other animals people find this time of year are baby ground squirrels, racoons and rabbits. These species can carry zoonotic diseases, which means diseases that are infectious for humans. Examples include plague, hemorrhagic diseases and tularemia. People should leave all wildlife species and their young in the wild. Additionally, if you find a sick or dead animal, it is best to leave it alone.  If it seems unusual, multiple animals are affected or the cause of death seems suspicious, report it to FWP.

FWP monitors diseases in wildlife across the state. The public’s help in reporting incidents of unusual or multiple animal deaths can help with this monitoring. For instance, other states across the country have reported incidents of rabbit hemorrhagic disease virus, which is highly contagious among members of the rabbit family, and can have a population impact. While the disease hasn’t been discovered in Montana, FWP continually monitors for rabbit die-offs that could signal the presence of the disease. This disease is not known to be transmissible to humans.

As a wildlife agency, FWP’s priority is to keep wild animals wild. When people keep and raise elk, deer or other animals, it habituates wildlife to humans, potentially causing problems once released back into the wild.

Should someone bring a deer or elk to FWP, they’ll be asked to take the animal back to the site where it was found.  If the animal can’t be returned, it may need to be humanely euthanized.