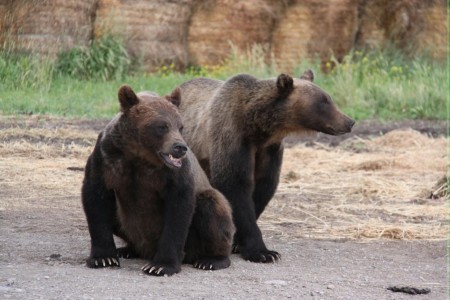 Missoula — Wildlife officials captured and relocated two male grizzly bears from the Blackfoot Valley after a newborn calf was killed on a cattle ranch near Helmville on May 7.

Because multiple grizzlies and wolves were at site it was not possible to determine which bear was involved and neither of the two bears captured had a prior history of interactions with livestock or humans. Both bears were collared and relocated to remote areas in northwest Montana.

The ranch is working with the local Blackfoot Challenge watershed group to discuss the feasibility of using electric fence to help prevent future livestock depredations. Due to the timing of the ranches calving period on the open range, there is overlap with elk and deer calving, making the ranch more susceptible to grizzly bear and wolf predation.