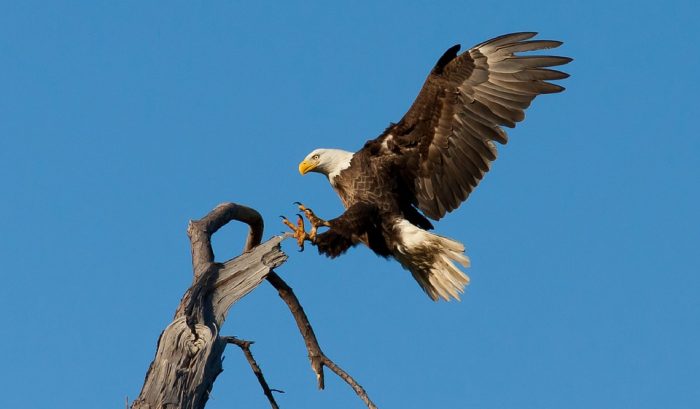 BILLINGS – Montana Fish, Wildlife and Parks and the U.S. Fish and Wildlife Service are offering rewards totaling $3,000 for information in their investigation of a bald eagle that was illegally killed near Reed Point.

The dead eagle had a small game arrow in it when it was recovered by investigators for the USFWS and FWP along the Yellowstone River in April.

Bald eagles are protected by the federal Bald and Golden Eagle Protection Act and the Migratory Bird Treaty Act. The USFW will apply applicable legal protections and anyone who knowingly harms or kills eagles will be held accountable under federal law.

Those with information should contact the USFWS Law Enforcement office in Billings at 406-247-7354 or lawenforcement@fws.gov. They may remain anonymous.

They also may contact the FWP TIP-MONT hotline at 1-800-TIP-MONT (1-800-847-6668). The 1-800-TIP-MONT program is a 24-hour toll-free number where people can report violations of fish, wildlife or park regulations. Callers may remain anonymous. It is similar to the well-known Crimestoppers program and offers rewards for information resulting in conviction of persons who abuse Montana’s natural, historic or cultural resources.