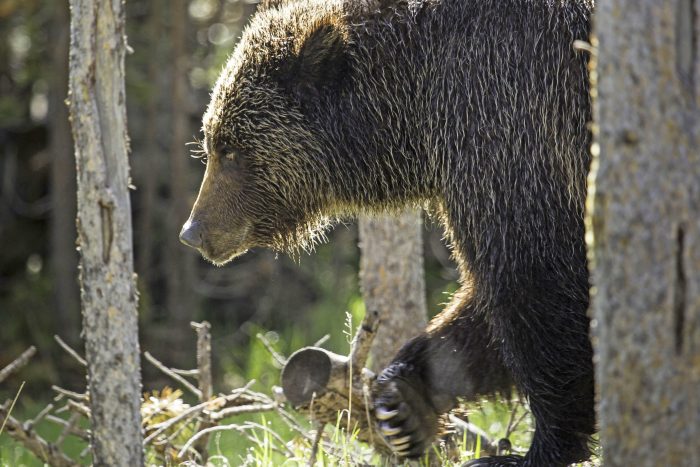 Bozeman, MT — A biologist with the U.S. Fish and Wildlife Service (USFWS) was attacked by a grizzly bear in the Centennial Valley Wednesday morning. The individual suffered serious bite wounds but is expected to recover fully.

The USFWS employee was working on a sage grouse monitoring project on Red Rock Lakes National Wildlife Refuge about a mile west of Elk Lake. The biologist heard a noise in the sagebrush and turned to see two grizzly bears in a close-encounter situation, approximately 80 to 100 yards away.

One bear stood up, and the other charged the biologist. The biologist deployed bear spray at the charging bear and throughout the attack until the attacking bear ran away with the other bear.

The biologist began leaving the site while reporting the incident to other USFWS staff, who came and helped the individual get medical attention. The biologist was transported to Rexburg, Idaho, for medical treatment and was released later Wednesday afternoon.

The biologist’s report indicates the bears may have been young siblings around three years old. Idaho Fish & Game assisted Montana Fish, Wildlife & Parks (FWP) in the early stages of the investigation, which is still ongoing.

Seven people have been injured this year by bears in the Greater Yellowstone Ecosystem, including two recreationists in Montana. Grizzly bear populations continue to become denser and more widespread in Montana, increasing the likelihood that residents and recreationists will encounter them in new places. Being prepared for such encounters is more important than ever to keep people and property safe and to cultivate natural bear behavior.

Recreationists and people who work outdoors should always be prepared to handle a bear encounter. Most bear attacks on humans happen in surprise close encounters. Activities that are deliberately quiet or fast moving, such as hunting, mountain biking or trail running, put people at greater risk for surprising a bear. When you’re outside, keep these precautions in mind:

Grizzly bears in the lower 48 states are currently listed as threatened under the Endangered Species Act. Management authority for grizzlies rests with the USFWS, working closely in Montana with FWP, the U.S. Department of Agriculture’s Wildlife Services, the USFS and Tribal lands. This collaboration happens through the Interagency Grizzly Bear Committee.