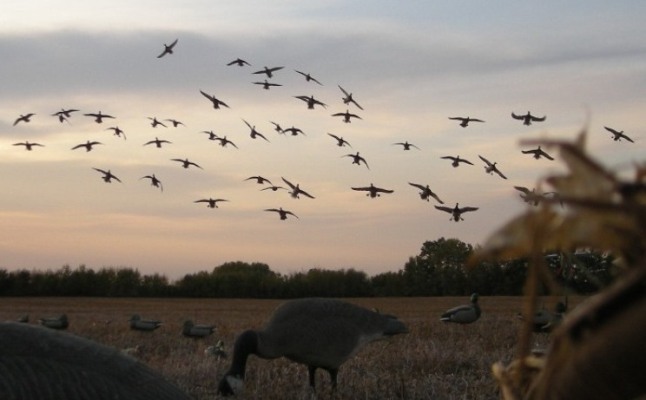 Waterfowl and webless migratory bird regulations for the 2020-21 hunting seasons have been approved by the Montana Fish and Wildlife Commission. The regulations are online at http://fwp.mt.gov/hunting/regulations, and hard copies are now available at license providers.

Of special interest to some hunters will be the deadlines for applying for special licenses for sandhill cranes and swans. The deadline for both crane and swan applications is July 24, similar to last year. No paper applications will be accepted by mail. An application will be available on the website for your use or to be taken to an FWP office to be entered over the counter. Check the regulations for application details.

The hunting seasons for ducks, geese, swans, and coots have been set as well, for both the Pacific Flyway (PF) portion of the state (roughly the western half) and the Central Flyway (CF) portion (the eastern half). Regulations are similar to last year, but one important change is that the daily scaup bag limit will be decreased from 3 to 2 in the PF and from 3 to 1 in the CF, in accordance with the federal framework.

Other than the decreased scaup daily bag, duck and goose bag limits in both the PF and CF will be identical to last season. In the CF, two additional blue-winged teal will be allowed in the daily bag for the first nine days of the season, Oct. 3 – Oct. 11.

Youth 10 to 15 years old may participate in a special statewide two-day early hunt for waterfowl during Sept. 26-27. This is a great time to get the kids out, when the weather is warm and while they’re the only ones who can hunt, which can also give your retriever a tune-up prior to the regular season. Consult the regulations for details.

Good numbers of ducks the last two years meant that a lot of ducks returned to breed this spring. Ducks found very good water conditions in nearly all of Montana this spring, and there will be a lot of ducks produced in Montana this year. Major duck production areas in Saskatchewan and Alberta have fair to good water conditions this spring and summer, which will produce good numbers of ducks. Canada goose numbers remain high in Montana and the surrounding areas.

Duck hunters typically look forward to the results of the May breeding duck survey, followed by the Waterfowl Status Report around mid-August to get some idea of populations and what to expect for a fall flight. However, there was no May breeding duck and wetland survey this year. Due to the Corona virus outbreak, the May survey was cancelled. That won’t affect season and bag setting because the U.S. Fish and Wildlife Service will use long-term data averages and trends from several decades of surveys and models to predict duck abundance to accommodate the missing data. An explanation of the survey cancellation and other information are at the USFWS website (http://fwsgov/birds).