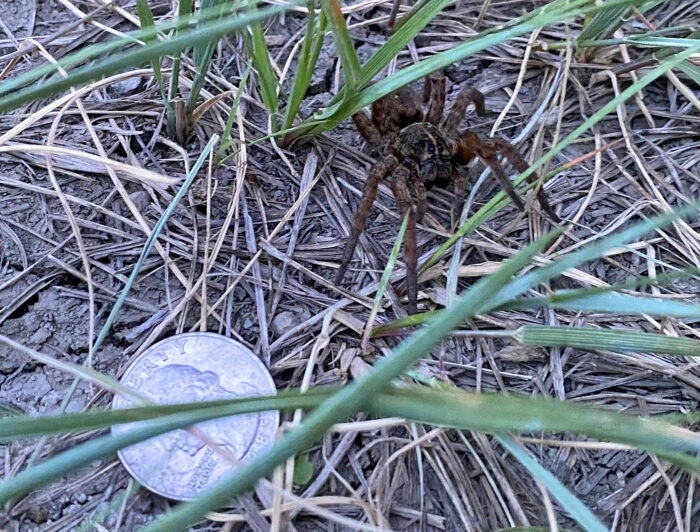 Brett French presents: A Wolf in Spider’s Clothing
By angelamontana

On a recent camping trip to Fort Peck Reservoir my son discovered a very large, eight-eyed intruder attempting to enter his tent. The furry spider was about the size of a quarter, much bigger than any spider I’ve ever seen in Montana. So we snapped some photos of it and attempted to identify just what it was. Turns out it was a Carolina wolf spider, a ground dweller that hunts down its prey rather than wait for flies to get caught in a net. Although its bite can be annoying to humans, it’s not dangerous like a brown recluse or black widow. Wolf spiders are found around the world, meaning they are good at adapting to a variety of conditions. To learn more about them, check out my story at https://billingsgazette.com/lifestyles/recreation/large-wolf-spiders-are-scary-ground-dwellers/article_700cafa3-803f-5f81-9d5c-43d1489d5c5b.html