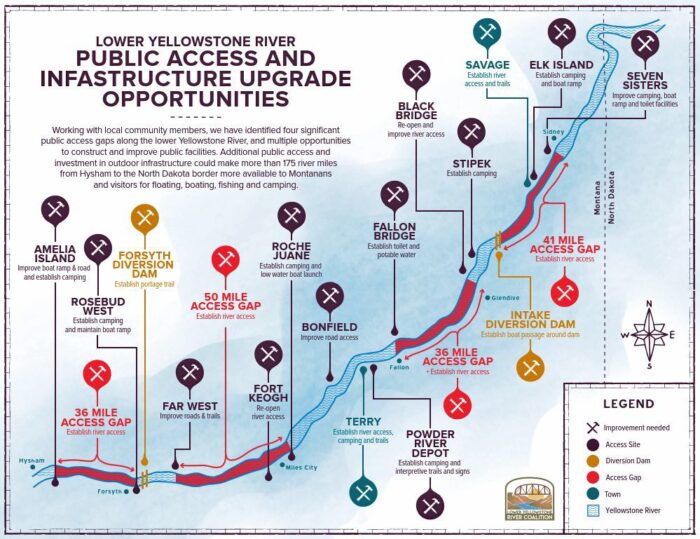 In an attempt to boost the tourism economy of southeastern Montana, a coalition has formed to seek development along the Yellowstone River between Hysham and Fairview, a 163-mile stretch of water. The Lower Yellowstone River Coalition is developing a plan that it will submit to Montana Fish, Wildlife & Parks as well as the state Legislature in an attempt seek money for improvements like restroom facilities, campgrounds and to purchase access sites between existing boat launches. The move comes at a time when legislators and FWP are tossing around ideas about how to tap into the increased usage of boat ramps by people who don’t purchase fishing licenses. Right now, those pleasure boaters pay nothing toward fishing access site maintenance or upgrades. To read more about the coalition and their plans, check out my story at https://billingsgazette.com/outdoors/coalition-proposes-lower-yellowstone-river-development-as-economic-tourism-corridor/article_6a9f9647-5326-558e-9262-6687806d482f.html