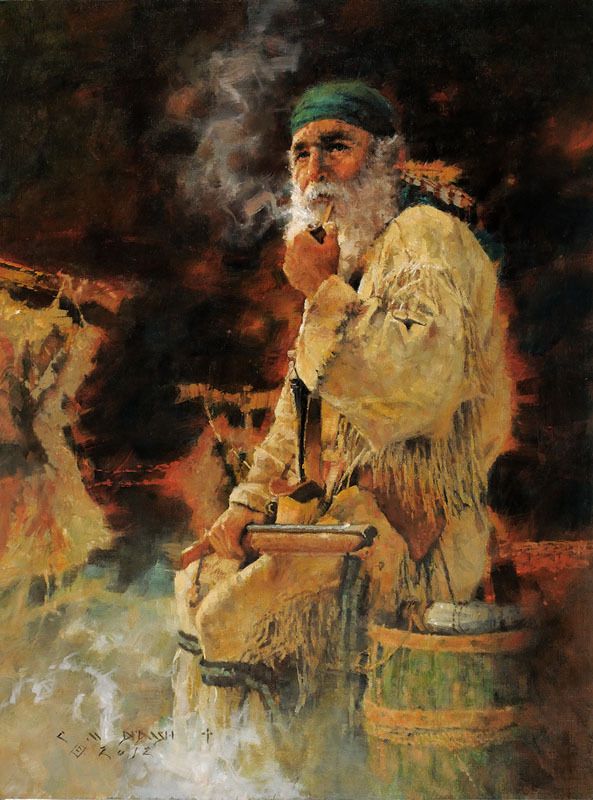 Smoke has been an important part of a Mountain Mans life. Smoking a pipe, chewing some tobacco, and smoking fish or meat were all important. If the Mountain Man was in the wilderness for a long time, they needed to improvise, trade, or do without. Tobacco was in huge demand and often served as a good trade item. Some wild and dried natural plants served as emergency pipe tobacco. 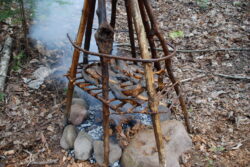 Dried dung was also used in a pinch! Not only did Mountain Men and Native peoples smoke it in pipes, they could use large dried piles for fire fuel. This relatively sterile substance also served as bandage when wetted and applied overtop a wound. It tended to absorb blood, puss, and kept the bugs off.

Smoke was also used to send messages and communicate. A certain color of smoke or sequence of smoke patterns could send a message to others. Anyone down wind of a smoker could also locate the source. This meant danger for many.

To avoid a fire from being too smoky, Mountain men would dig a hole and place the fire in the bottom. This fire was now unseen and could say warm with minimal fuel. Rock outcroppings could also redirect where the smoke would filter away.

Smoking fish and game meant storing the meat for long periods of times. It would take as long as 6 hours to smoke their food. Making a relatively enclosed teepee out of bark, pine boughs, rocks, bark, or tarps allowed the meat to be hung and dried. They would make a shelved rack and make a small fire in the bottom. The boughs or cover would be draped over the teepee or shelf racks. Flavor was added by using green bark shavings and plants. A small smoky fire kept the smoke in the shelter at a warm temperature. Smoked meat could last for months. Smoking hides also cured them for clothing.

Burning or smoking Sage Bundles was also a way to honor the spirits, keep bugs away, and produce healthy breathable fumes.

For more Montana Grant, find him smoking at www.montanagrantfishing.com.