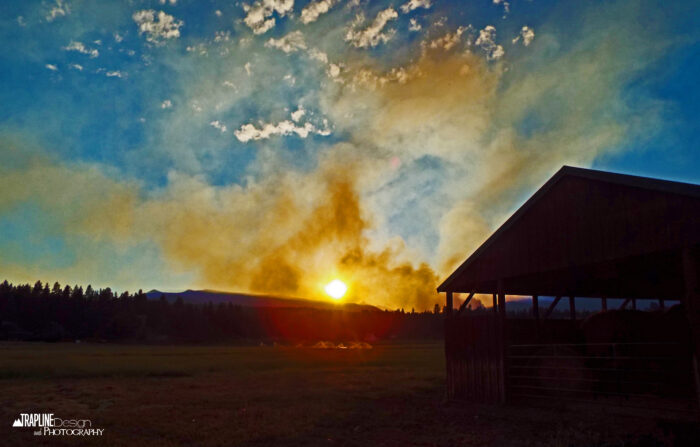 Montana Wildfire Update as of August 11, 2020
By angelamontana 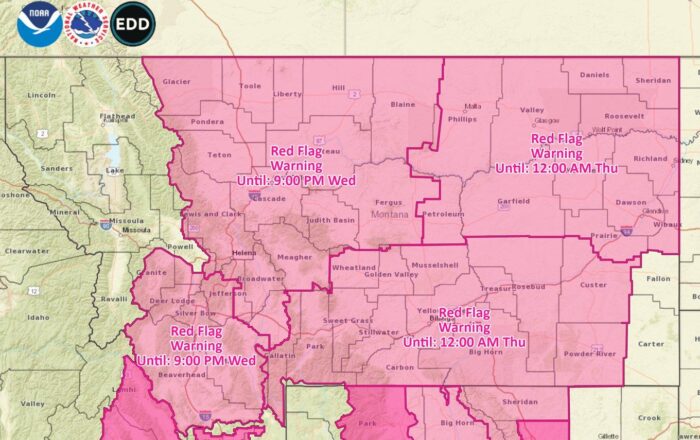 The National Weather Service has issued a red flag warning for most of Montana until midnight Wednesday night. A red flag warning means critical fire weather conditions are either occurring or will occur shortly. The combination of strong winds, low relative humidity and warm temperatures can contribute to extreme fire behavior. More of Montana has been placed under stage 1 fire restrictions or burn bans until further notice.

The Beaverhead-Deerlodge National Forest reported a new fire east of Lemhi ID on the Montana border around 10:30 Tuesday. The Bear Creek Fire is more than 200 acres in size with very active fire behavior, according to an update on the forest’s facebook page. Federal, state and local firefighting resources are on scene including 5 hand crews, 3 helicopters, 6 engines and 1 tactical water tender.

Gusty winds and 90+ degree temperatures helped to push a wildfire in south-central Montana past containment lines Tuesday. Firefighters were called back to the East Armells Fire burning on private land west of Colstrip in south central Montana. Management of the lightning-caused fire burning in timber and grass had been turned over to the ranch owner last Friday, but the fire jumped a containment line on Monday. The fire is now 540 acres and is showing active fire behavior with running and group torching. Northern Rockies Coordination Center has labeled the fire 70 percent contained.

Custer County firefighters made quick work of the Pennel Fire that burned 163 acres near Ismay in northeast Custer County. The Fire was started yesterday by a swather and burned pasture and hay. Custer County Fire Chief said the fire is out as of Tuesday.

The Fields Gulch Fire burning south of Lincoln in the Helena Lewis and Clark National Forest is 20 percent contained and holding at 5 acres. The fire is in remote, steep terrain with difficult access and a high concentration of dead and down lodgepole pine trees. The cause of the fire that started Thursday (Aug 6) is unknown.

The Judith River Road 2 Fire burning west of Winifred in central Montana is 70 percent contained and more than 1,100 acres in size. The fire was first reported on Monday and the cause is unknown.

The 422 acre Duck Creek-McCone Fire southwest of Circle in eastern Montana is 100 percent contained. The fire started Aug 9 and is identified as human caused.