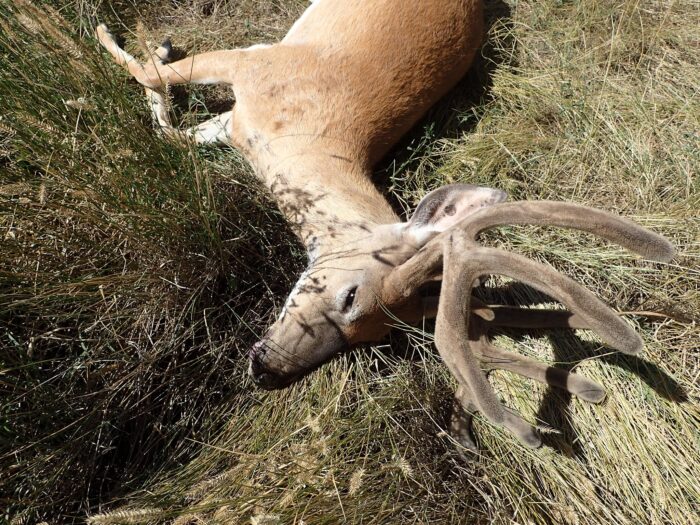 Montana Fish, Wildlife and Parks has received several reports over the last few weeks of dead or dying white-tailed deer, along with a few antelope. Biologists are still waiting for test results to come back, but early indications indicate patterns and symptoms similar to epizootic hemorrhagic disease (EHD).

EHD is an infectious, sometimes fatal virus that is usually spread by a virus-carrying gnat or midge. Many animals affected with EHD lose their appetite, are drawn to water, lose their fear of people, grow weak, and often eventually die. This disease is often confused with “blue tongue” which is a separate, but similar, disease.

EHD is not uncommon in eastern Montana in late summer/early fall, and mostly impacts white-tailed deer, but can also show up in mule deer and antelope. EHD typically shows up in river bottoms and large creek bottoms, likely due to higher concentrations of white-tailed deer and the insects that transmit EHD. These outbreaks typically end when a hard frost kills the insect vectors that carry the disease.

More information on EHD can be found on the FWP website:
http://fwp.mt.gov/…/diseasesAndRese…/diseases/ehdBlueTongue/

FWP would like to get an idea of the distribution of this disease(s). If any members of the public find dead or dying white-tailed deer or antelope (that do not have any other obvious injuries such as from a car accident), please contact your area biologist:

Please provide the biologist with the species, number of individuals, behaviors/symptoms observed, and location (GPS if possible). Thanks for your help! 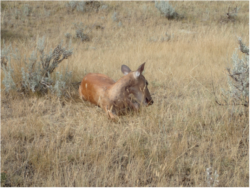