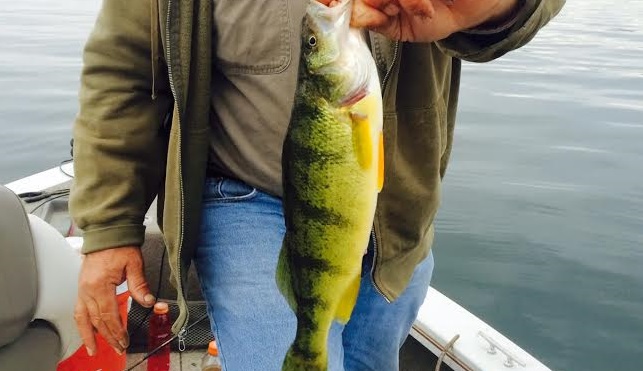 Canyon Ferry:  Walleye are being caught throughout the reservoir with the best action around Duck Creek, Confederate, Snaggy Bay and north of White Earth along the west shore.  Most anglers are finding success while trolling bottom bouncers with a worm and white, blue or perch colored spinner blades in 20 to 30 feet of water. Some perch are being caught while fishing for walleyes.  An occasional perch is being picked up at Confederate from shore on worms. A few rainbows are being caught while trolling crankbaits 15 to 20 feet deep on the north end and from White Earth north along the west shoreline.  An occasional rainbow is being caught from shore while using worms around White Earth and the Outhouse.  Troy Humphrey, FWP, Helena

Hauser:  Some walleye are being picked up by anglers slip bobber fishing from shore at the Causeway and pitching jigs or trolling crawler harnesses inside the Causeway Arm.  Most rainbows are being picked up between York Bridge and Black Sandy.  Successful anglers are trolling attractors with spinner blade trailers tipped with crawlers around 15-20 feet down in the water column. Popular color combos have been fire tiger, purple and white and chartreuse.   Chris Hurley, FWP, Helena

Holter:  Perch action really picked up over the weekend. Anglers are finding most of them in and around the bays near boat ramps on the lower end of the reservoir. Small jigs tipped with crawlers are working well for perch. Anglers trolling cowbells or crankbaits on down riggers around 30-35 feet deep are picking up an occasional rainbow between Split Rock and Cottonwood Creek. Walleye action has slowed a bit but a few walleyes are still being picked up while tolling bottom bouncers, running slip bobbers and leeches or vertical jigging Mostly between Cottonwood Creek and the dam. A few bonus perch are being picked up while searching for walleye. The best action has been around weed beds and along mud lines in 10-15 feet of water.   Chris Hurley, FWP, Helena