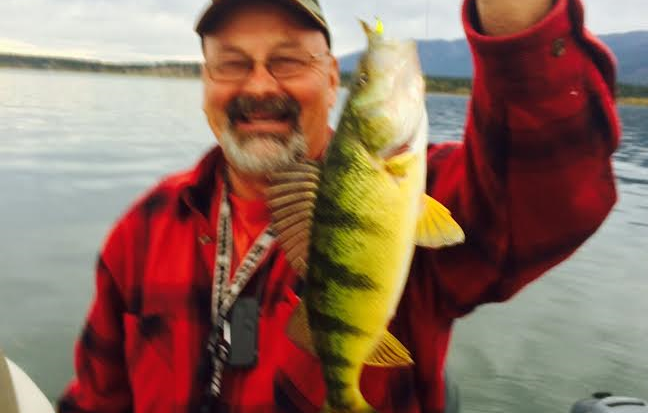 Canyon Ferry:  The walleye bite has been really good with the best action now moving to the south end from Hole in the Wall and Confederate to the Ponds.  Bottom bouncers are working best with a worm in 10 to 15 feet of water. Try using pink, chartreuse or green spinner blades. Some perch are being caught along with the walleye.  An occasional walleye is being picked up in these areas from shore as well. A few rainbows are being caught while trolling cowbells or crankbaits 20 to 25 feet deep around mid-reservoir and the north end.  An occasional rainbow is being caught from shore while using worms around White Earth and Beaver Creek Bay.  Troy Humphrey, FWP, Helena

Hauser:  Walleye anglers did well this last weekend and most found some nice fish and were picking up an occasional perch here and there as well. Rainbow action has slowed a bit with the warmer temperatures and a lot of folks just out having fun in the water. Some walleye are being picked up by anglers slip bobber fishing from shore at the Causeway and pitching jigs or trolling crawler harnesses inside the Causeway Arm. Boat anglers are picking up an occasional rainbow below Canyon Ferry Dam while pitching jigs along the shorelines. Your best chance at some rainbows is still trolling cowbells and wedding rings tipped with crawlers around 15-20 feet down between York Bridge and White Sandy.  Chris Hurley, FWP, Helena

Holter:  Rainbow and walleye fishing slowed down quite a bit over the weekend with warmer temperatures and just a lot of recreating going on. Anglers trolling cowbells or crankbaits above suspended fish are still picking up an occasional rainbow in the lower end of the reservoir. Anglers fishing weed beds are finding a few perch while pitching small jigs tipped with crawlers in 10 to 20 feet of water between the BLM ramp and the Boat Loft area. Walleye action has slowed a bit but a few walleyes are still being picked up while tolling bottom bouncers, running slip bobbers and leeches or vertical jigging in 10-30 feet of water near Cottonwood Creek and on the lower end of the reservoir.  Chris Hurley, FWP, Helena