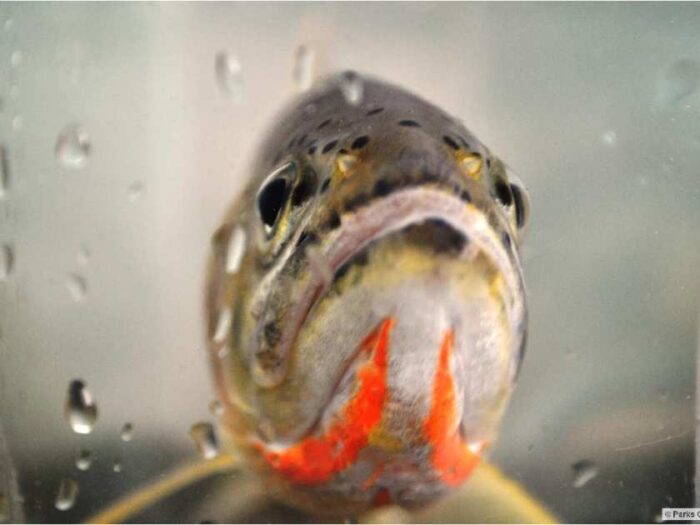 The North Fork of the Spanish Creek will soon begin to have all fish removed. Once the fishery is devoid of all fish, native Westslope cutthroat trout will be re-planted.

Currently Yellowstone Cutthroats, rainbow, brook trout are in the creek and 2 local lakes. The Chiquita and Big Brother lakes will also be addressed. Rotenone, a natural poison, will be used to kill the fish populations.

The natural poison impacts the gills and respiration of the fish. This chemical poses no significant health threat. People are being asked to avoid using the water above the barrier for consumption. The barrier is about 2 miles upstream from Spanish Creek Rd. Treatments should be complete on August 21st. 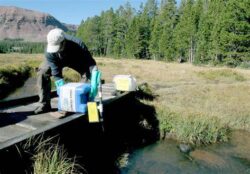 Once the Westslope Cutties are reintroduced, the barrier will prevent any migrations of non-native fish. The total amount of Westslope trout habitat will become about 17 miles long, twice of the current habitat, in the Gallatin River watershed.

This native trout has been reduced to around 5% of its original habitat, on the eastern side of the Rockies. Other trout species easily interbreed and compete with Westslope Cuts. Habitat loss and degradation are also has caused a decline in population.

Prioritizing the pure Westslope range will also include other watersheds such as the Madison, Henry’s Lake, Gallatin, Bozeman lakes, Upper and Lower Taylors Fork, and Lower Hyalite Creek. A management plan classifies the Westslope Cutthroat as a “species of concern.” This Conservation Watershed Network would prioritize the Pure Westslope and Yellowstone Cutthroat trout populations.

The upper Spanish Creek watershed, and lakes, is are on public and private land. Ted Turners ranch also is home to Cherry Creek, which was also poisoned, and replanted with Westslope Cutthroats, a few years ago.

For more Montana Grant, find him in his habitat at www.montanagrantfishing.com.