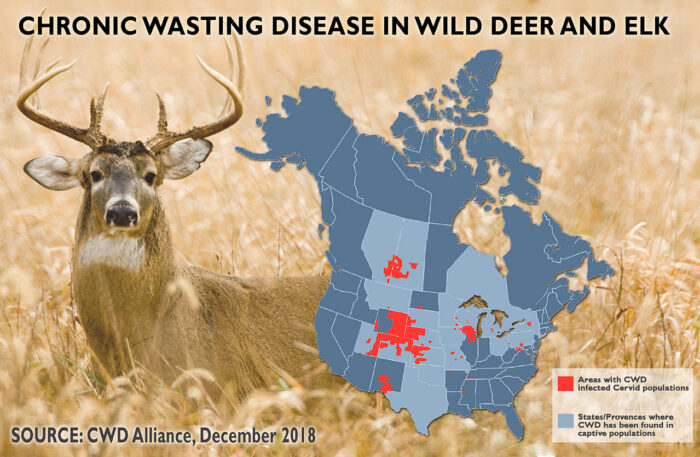 Montana officials are stepping up their programs to handle more tissue samples for Chronic Wasting Disease testing. Last year the agency handled over 7,000 samples. With the increase in testing, the positive results have also increased. CWD is a bigger problem throughout Montana. It is no longer found in just a few counties. 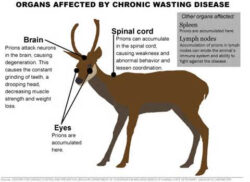 They hope for 14,000 tests. Most samples come from rifle season hunters. 30 technicians are being hired to help run the sampling stations. A lab in Bozeman is gearing up to handle the tests.

CWD affects the nervous system of elk, deer, and other game species. In the past, testing was done in Colorado. Testing requires a lymph node from a dead animal. These samples come from check stations throughout the state.

The FWP is also recommending that hunters dispose of their carcasses properly. The head and spinal column need to be sent to the landfill or buried. These body parts can be a vector for this disease. Avoid dumping these carcasses onto the landscape.  Hunters that plan to donate meat to a food bank or elsewhere need to have the meat tested. It is also suggested that wild game be tested before human consumption. So far, consuming contaminated meat has not been an issue but…

CWD is a disease that originated on game farms and has spread into wild populations. Escaped contaminated animals that contacted wild species spread the disease. It has become a national problem and could impact the future of hunting. As CWD, Brucellosis, Blue Tongue, and other diseases impact our game populations, testing is becoming essential.

Be Aware! Thoroughly inspect both the animals you plan to shoot and the carcass afterwards. If you notice any unusual behavior or symptoms, pick another critter.

Pay attention to your harvest!

For more Montana Grant, find him learning how not to harvest and infected critter at www.monatagrantfishing.com.

Fishing Gods were good to Pat Volkmar this summer