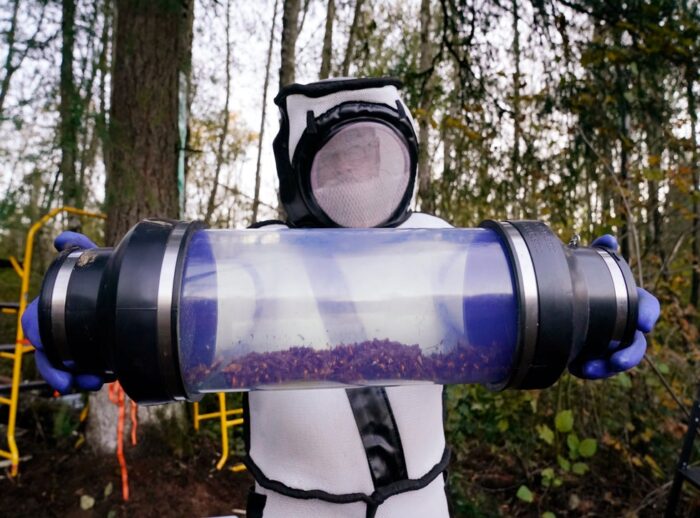 The first Murder Hornet nest was recently found in Washington State. The State Dept. of Agriculture recently discovered the nest after weeks of searching. They used tracking devices, on trapped Hornets, to locate the nest. Dental floss was used to secure the tracking device to the Hornets!

The located nest was the size of a basketball and was home to about 100-200 hornets. To capture the hornets, crews wore heavily protective gear and were packing a specialized vacuum to capture the invasive, venomous creatures from the cavity of a large tree.

The tree was also cut down to extract any additional newborns. Officials suspect that more hornets could be in the area.

The danger of human deaths is real. Hornets, wasps, and bees kill over 60 people annually. Murder Hornets are most devastating to honeybees. Murder Hornets come from China, Thailand, South Korea, Vietnam, and other Asian countries. Apparently, these hornets were introduced into America along with other imported foods and materials.

So far this is the only area where these Hornets have been seen.