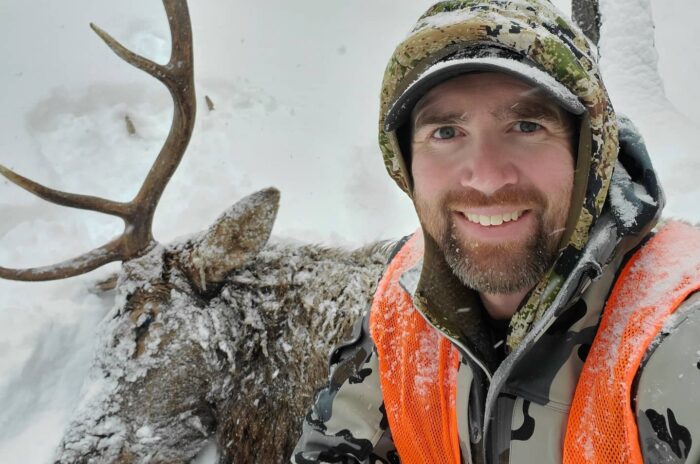 Nice 6×6 elk down!
By angelamontana

Here’s the story in his words:

Talk about a culmination of events that led to an opening day bull for me. 2AM alarm, 2 hour drive in a blizzard, leaving the truck 2 hours before daylight to hike 3000 feet to the top of a mountain. I cut a set of tracks in the super fresh snow shortly after daylight and followed them for all of 2 minutes before I looked up and saw a bull bedded in the timber about 100 yards away looking right at me. I slowly dropped down to a knee to clear a branch and settled the crosshairs in the sweet spot. As I squeezed the trigger the bull decided to jump out of his bed, the bullet hit but I knew it didn’t hit where I wanted it to. He lunged forward and took off up the hill out of sight. After a minute or so I walked up the hill to where he had been bedded and just past where her took off to look for blood. About 20 yards into the trail I saw a tiny speck of bright blood, which wasn’t very reassuring. So I continued to follow it and the blood was beginning to show up better but still nothing that confirmed in my mind that it was a dead bull. 100 yards into the trail I look up and see him bedded down and not looking good. I was able to seal the deal right there before he could get back up. And just like that I had a solid 6 point on the ground. Fortunately I only had to go about 200 yards side hill to get cell service to let @call.me.mrs.porter I was going to be late, and also to call in reinforcements. After a long day of working the bull into manageable pieces and shuttling it to a more accessible side of the mountain, I was finally met by dad, Dave and @bhoney as I was starting downhill with the first load. Even with the 4 of us there was more meat/horns than we could handle in just one trip, but lucky for us some kick-ass horse hunters saw a quarter that I had stashed just off the trail and decided to give it a ride off the mountain, which ultimately saved us a second day of packing. We finally got to the truck at 930 and headed out. I couldn’t have asked for a better day or better help. Can’t wait to do it again! 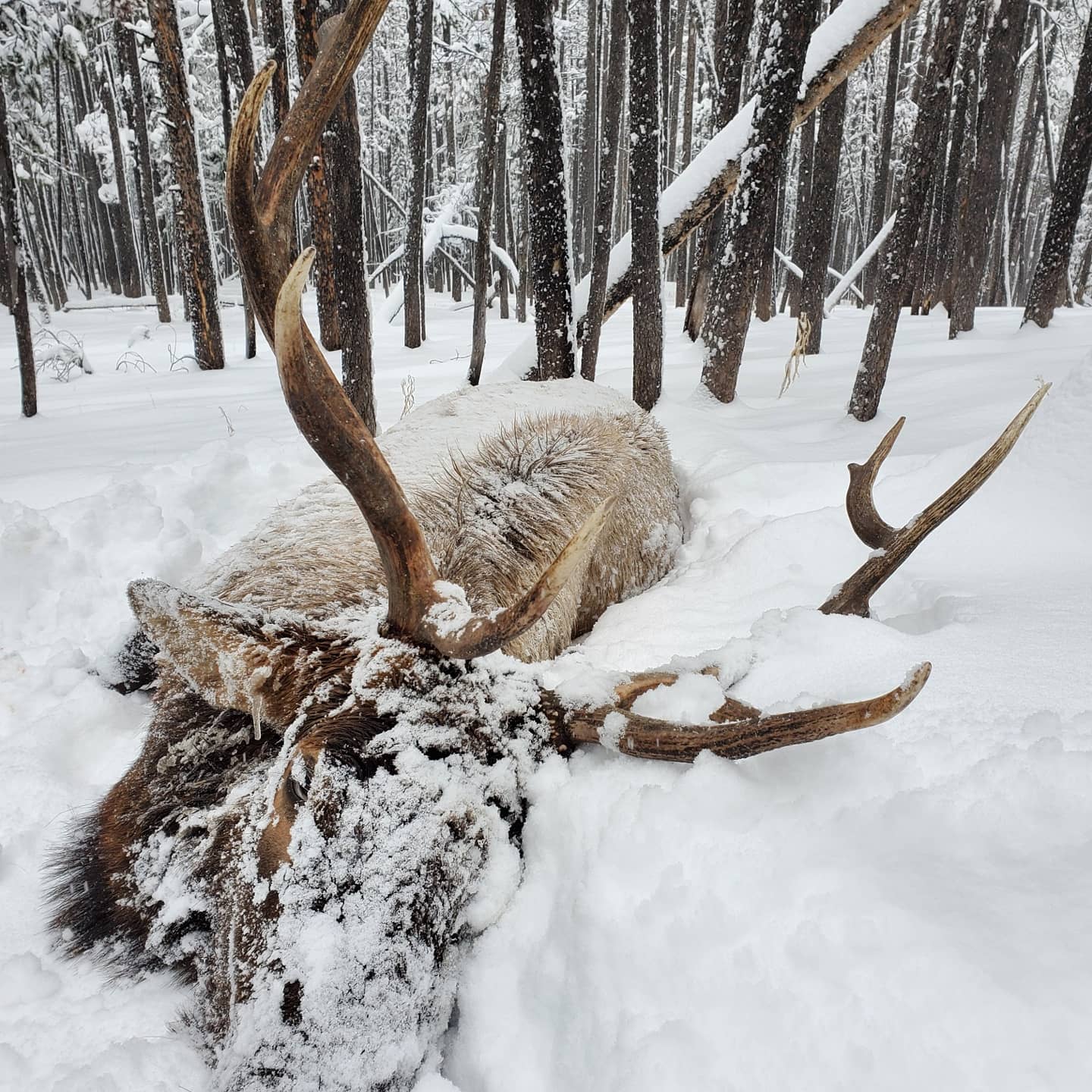 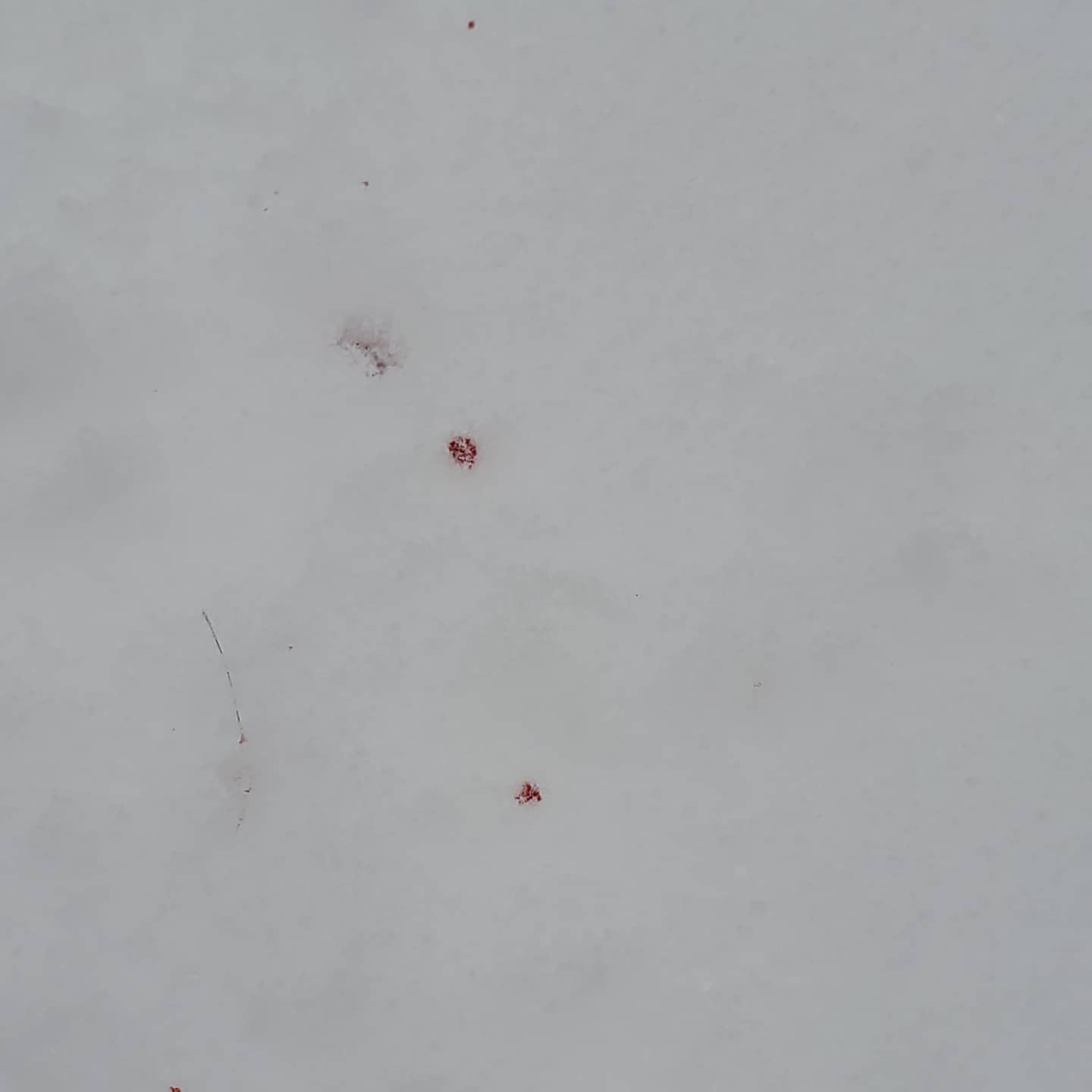 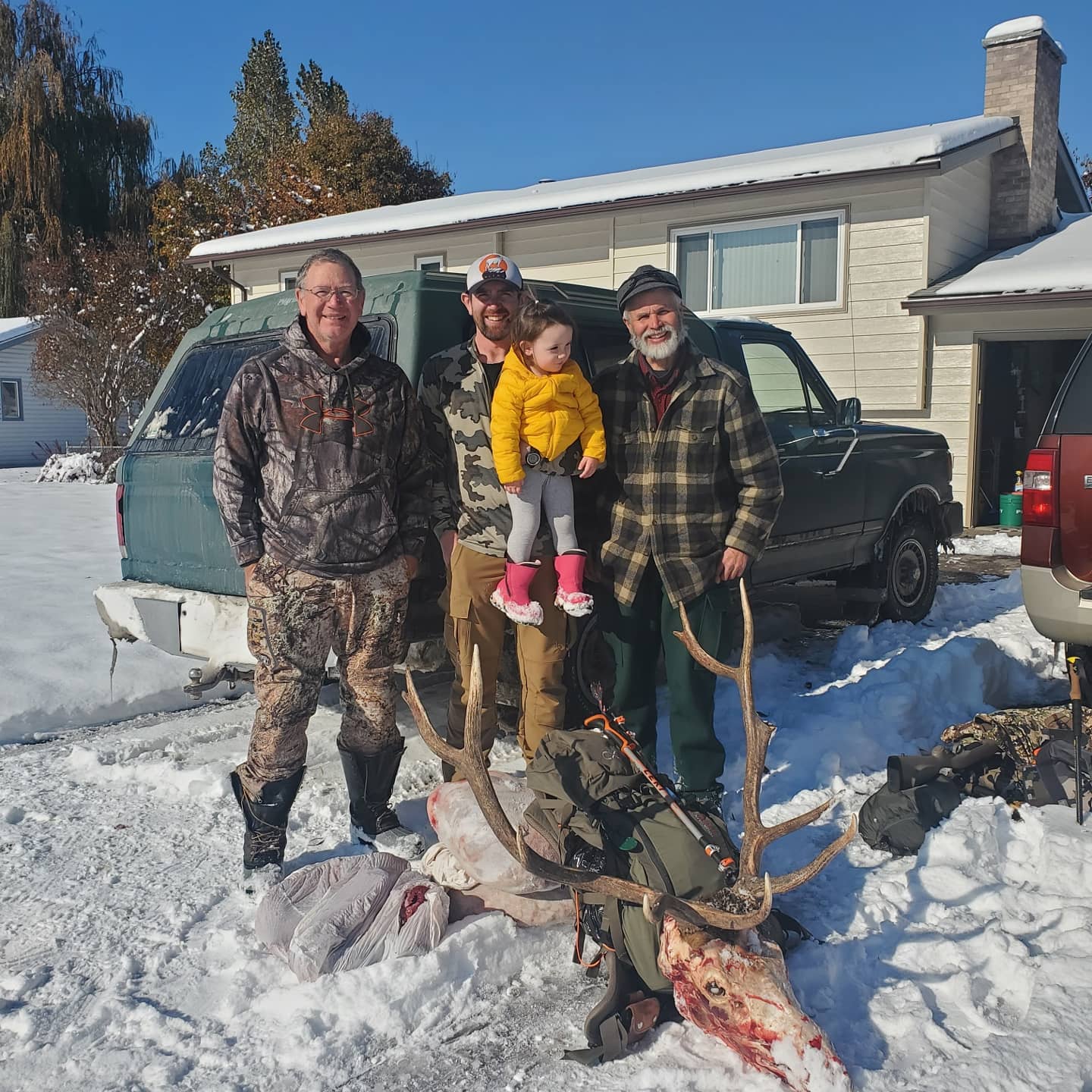 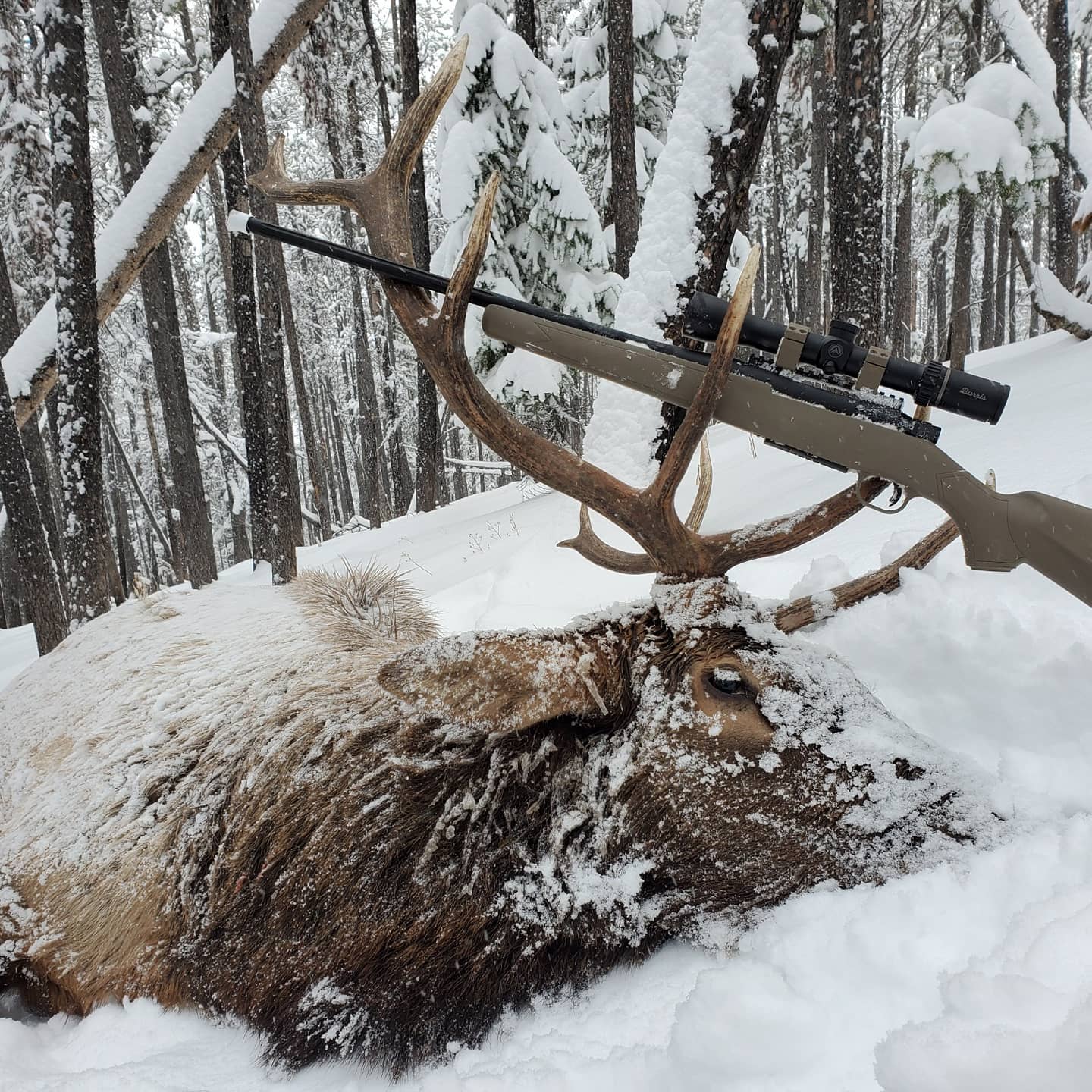