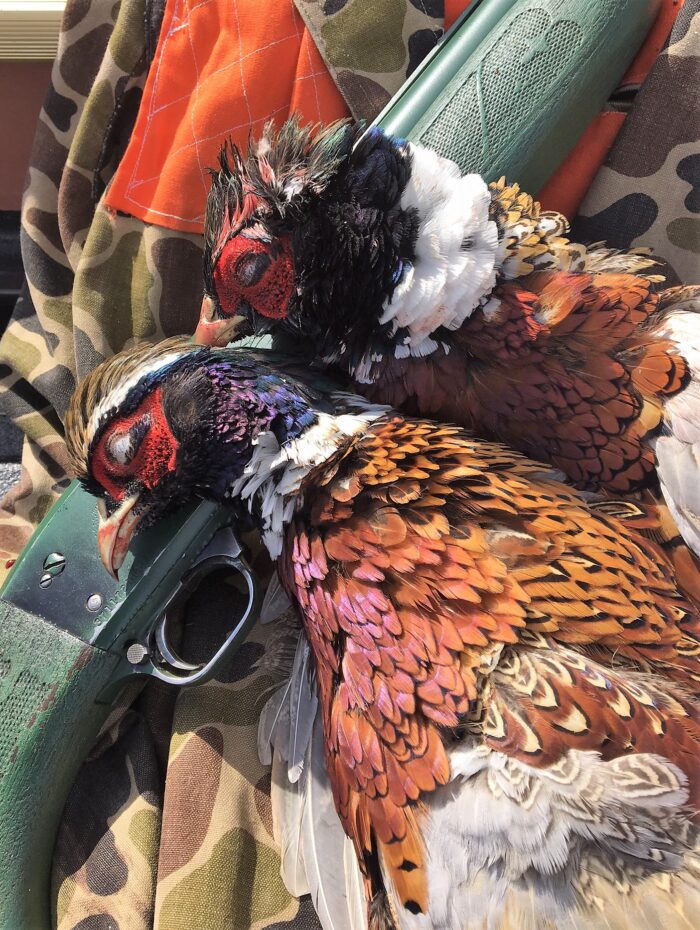 FLUSH AND PUMP!!!
By Montana Grant

There is nothing quite as exciting as Flushing a Ring-necked Pheasant at close range. Now that you are thoroughly startled and shocked, you need to raise your shotgun and make an accurate shot. If you miss, you need to reload and try again. 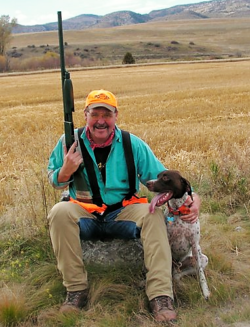 A Pump shotgun is an Old School upland bird hunter’s secret weapon. Sure, modern semiautos can shoot quickly. Simply pull the trigger and before you know it, you are empty. Most states require a plug installed into the magazine of the shotgun so that the hunter can only load 3 shells. Shotguns normally can hold 5. In some States or Federal lands, the plug may be removed. Always check the laws.

Modern always seems better but… The key to being a great wing shot, is adjusting, repointing, and following through on the shots. This means that you need to slow things down, not shoot more quickly. Many trap and skeet shooters love semi autos. They are often terrible field shots, when startled by a flushing bird. Firing to quickly means miss, miss, miss!

A smooth pump gun helps slow you down. The bird will be in range out to 50-60 yards, so you have more time than you think. With practice, you can outshoot any semi auto shooter.

My first shotgun was the Ithaca Model 37. This Featherlight pump gun has a bottom ejection. Weighing in just over 7 lbs., it was easier to haul around, mount, and swing. After shooting, my shells were at my feet ready to be retrieved for reloading or recycling. This gun has been my go-to gun since I was 18 years old. I use a 27-inch improved cylinder barrel for upland birds. Back in the day, you needed new barrels to have different chokes.

Pump guns rarely jam. Like a revolver, the next trigger pull is reliable. The main reason a malfunction may occur is if you short chuck a shell. This means you did not fully pump out a spent shell and pumped in a live shell. Therefore, you must practice with the gun until it becomes second nature. A good way to do this through target shooting or by loading 3 dummy shells, without powder and live primer, to run through the pump gun.

Semi Autos may also fail to cycle if the shotshell is not strong enough. Reloaders need to be aware of their loads. A short powder drop means a malfunction. As a Skeet Referee, I have seen this often. Semi Autos are more expensive than Pump Guns. When it comes down to it, get a gun that fits, is safe, and comfortable to you and your wallet.

I once stood at the end of a pheasant drive, along a cornfield in Pennsylvania. The other hunters and dogs were working toward my corner. Suddenly rooster after rooster flushed into my face. I made a perfect first shot, pumped, shot the second bird and was done for the day. Over 50 other birds erupted from the corn field. My friend at the other corner got off one shot and then had a malfunction. His semi-automatic shotgun failed to cycle as did the semi autos of the other drivers. Of the 5 hunters in the drive, only the Pump Shotgun limited out. What should have been a limit of roosters for everyone turned out to be a bust.

When Sporting Clays became a thing, my friend Dan would often treat me to a round of clays, with is special wealthy friends. He would always tell me to bring my Ithaca Pump. Little did I know that they had a bet going. At the end of the shooting sessions, I would always have the high score and cash shoved into my shooting vest pocket.

Great Pump gunners can shoot other styles of weapons. For me, my Old Ithaca fits perfectly. I never have to aim, point, or adjust the gun. It simply mounts comfortably and shoots where I look. It does not get better than that!

For more Montana Grant, target him at www.montangrantfishing.com.