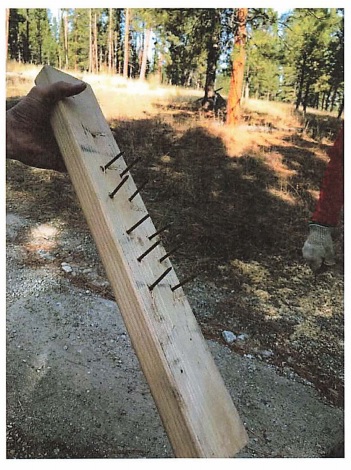 A Hamilton man pleaded guilty Thursday to planting a board spiked with nails on a trail in the Bitterroot National Forest to deter bicyclists.
Richard Joseph Stratton, 54, pleaded guilty to a single misdemeanor count of placing a hazardouz and injurious device on federal land, a class a misdemeanor.
A man reportedly stepped on the device in November 2019, while walking with his two children.
When confronted about the device, Stratton allegedly told authorities that he had placed it there to deter bicyclists.
Stratton will be sentenced March 3, 2021.

Stretch of Yellowstone River closed because of threat from old bridge