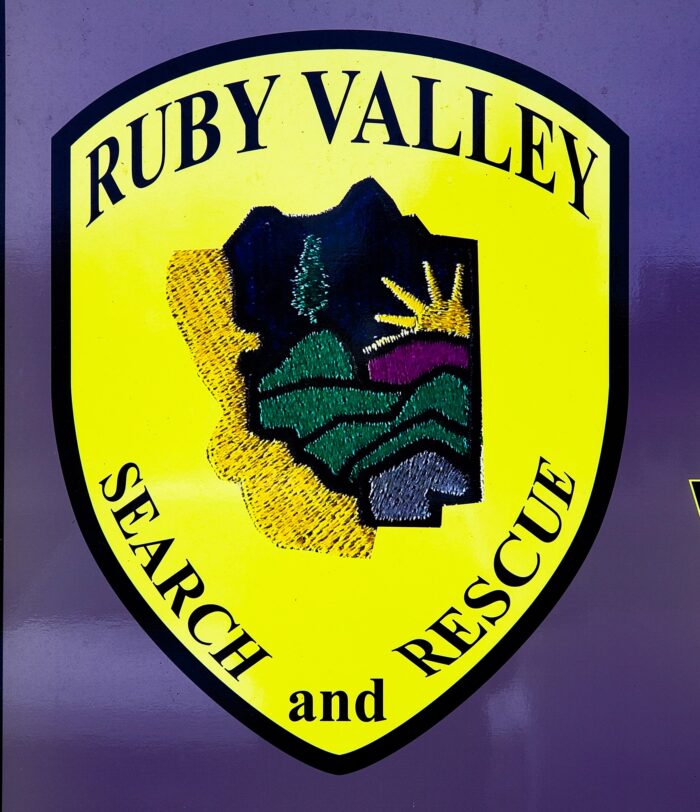 From Ruby Valley Search and Rescue:
On Thanksgiving morning, November 26th, Ruby Valley Search & Rescue was called out on a mission to search for a missing hunter in a remote, rugged area in the Upper Ruby.
The missing hunter had missed checking in with his family via his usual method using a SPOT device, so they called 911. Based on the hunter’s last check-in with his family, and their knowledge of the area where he usually liked to set up his hunting camp, SAR crews were able to narrow down the search area to a large, roadless, drainage complex.
The mission was carried out over two days, and due to the extreme ruggedness of the terrain and large search area, multiple other agencies/individuals were called in to assist.
An Incident Command base was set up and SAR teams split up to search with foot teams and horse teams. Army National Guard helicopters were also utilized to search, as well as, to shuttle SAR foot teams up to high ridges.
After being unable to locate the victim on Thanksgiving Day, crews returned the following day and began the search again. Due to GPS tracking of the search teams’ movements and extensive mapping work from the previous day’s mission, search teams were able to narrow down the search area to exclude areas where teams had already passed during the previous day’s search.
Search teams eventually located the victim. Unfortunately, the victim was deceased.
Carisch Helicopters out of Manhattan, MT was assisting the mission that day and was able to land and assist SAR members in recovering the victim.
While we cannot give detailed information about the victim or what happened, we will tell you that he was known somewhat locally to have had remarkable outdoor skills and a passion for the high country. He passed peacefully doing what he loved.
The search mission was extensive and intense. The country was so steep and rugged that the helicopters were shuttling foot teams to be able to get them up on to high, rugged areas. The foot teams put on some real rough miles in the steep, snowy high country. Likewise, the Equestrian Teams had to put on some rough miles horseback in the country that they covered.
RVSAR would like to thank our members that gave up their Thanksgiving holiday to tirelessly search on this mission.
We would also like to express our heartfelt gratitude to all those who came to assist us and also gave up their Thanksgiving holiday.
These agencies/organizations include:
– Madison County Sheriff’s Department
– Madison Valley Search & Rescue
– Jefferson Valley Search & Rescue
– MT FWP Game Warden
And, of course, the aviation crews:
– Charlie Company 1-189th GSAB Army National Guard with their two helicopters which are set up for SAR applications
– Carisch Helicopters of Manhattan, MT
A big thanks also to Chick’s Restaurant in Alder and The Prospector in Sheridan for donating lunches to all the search crews and Bread Zeppelin in Sheridan also provided snacks.