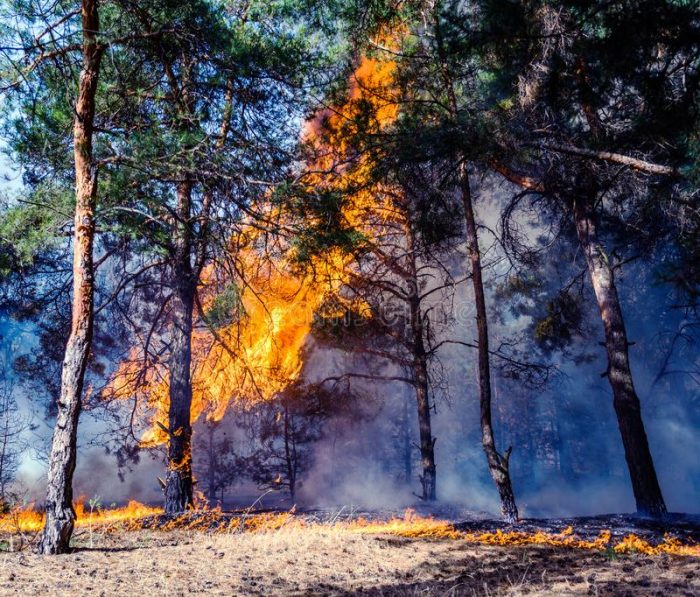 A study published Nov. 9 in the Proceedings of the National Academy of Sciences shows that forest recovery from fire follows a drought seesaw, called a climate dipole, that alternates between the Northwest and the Southwest every few years.

The researchers examined the relationship between this drought seesaw and post-fire regeneration of ponderosa pine across the Interior West of the U.S. They found that severe droughts under climate change are making it increasingly difficult for tree seedlings to regenerate after fire.

“Managers and scientists are increasingly concerned that western forests won’t be able to recover from wildfire under hotter and drier conditions,” said Caitlin Littlefield, the study’s lead author. “Forest recovery hinges on the success of tree seedlings, which are particularly vulnerable to drought. We wanted to explore how patterns in drought variability across the western U.S. affect post-fire tree regeneration to better understand where and when we can predict robust recovery – or lack thereof.”

The importance of this drought variability on ponderosa pine regeneration endures for years post-fire. These results highlight a critical window of opportunity for forest recovery within the first few years after fire.

Moreover, the results show that regeneration is declining overall due to increasing aridity across the Western U.S.

“Forest recovery in the Northwest, including the Northern Rockies, is in some ways intrinsically linked to what happens in the Southwest, even if in an opposing direction, through this large-scale, recurring drought pattern,” Littlefield said. “The record-setting climatic conditions of 2020 offer a perfect example: It was relatively cool and moist in the Northern Rockies and hot and dry in the Southwest. This enabled the extraordinary wildfire activity we’ve witnessed. The opposite occurred in the summer of 2017, when Western Montana saw record drought and a record fire year, while the Southwest was relatively mild. In each of these places the drought will affect regeneration success after fire in the short- and long-term.”

Littlefield said that in some ways, the drought pattern resembles a seesaw on an elevator.

“The Northwest and the Southwest alternate in terms of where there’s drought and where there’s not – that’s the seesaw,” Littlefield said. “But overall, aridity is increasing and making it increasingly hard for tree seedlings to regenerate in both regions – that’s the elevator.

“It’s important that we get a handle on these patterns so that we can anticipate the impacts of climate change,” she said. “We’re losing millions of acres of forest to wildfire each year, and that trend isn’t likely to stop. But I’m glad that policymakers are increasingly recognizing the dire need for dry forest restoration and post-fire replanting, and I hope this sort of research can help us develop the best strategies for promoting forest recovery.”

Littlefield is a recent postdoctoral researcher in the W.A. Franke College of Forestry and Conservation and is now a researcher at the University of Vermont. Other UM co-authors include Solomon Dobrowski and Davis. Co-authors also include John Abatzoglou from the University of California, Merced, and Sean Parks of the Aldo Leopold Wilderness Research Institute located at UM.

The study, “A Climatic Dipole Drives Short- and Long-term Patterns of Post-fire Forest Recovery in the Western United States,” is available online.