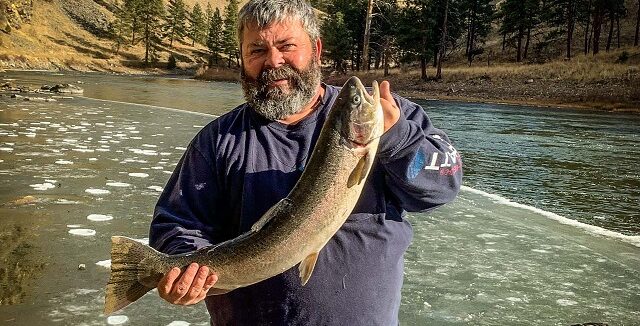 Over the weekend, the Salmon River had clear visibility, and water temperatures were in the low 30s. The river continued to have slush ice throughout the week, but there was typically less ice in the river downstream of Deadwater. Currently, the Salmon River is flowing at 1,000 cfs through the town of Salmon, ID which is 82 percent of average for today’s date.

We would like to remind steelhead anglers that the daily bag limit for the fall 2020 steelhead fishery is two hatchery steelhead per day, and the possession limit is six hatchery steelhead. Additionally, the Idaho Fish and Game Commission recently extended these bag limits into the spring 2021 steelhead season that begins on January 1st. For the most up-to-date steelhead fishing rules, anglers are encouraged to visit the IDFG website at https://idfg.idaho.gov/fish/steelhead/rules.