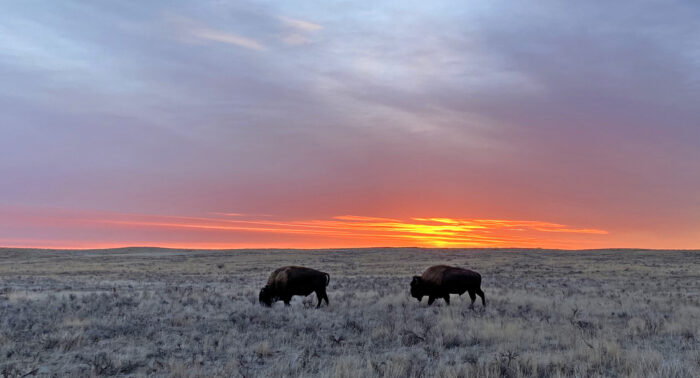 Sometimes using his prosthetic leg to steady his rifle, Brian Meyer took aim at bison on the American Prairie Reserve in north-central Montana recently. Meyer was awarded a Wounded Warriors Outdoors trip from his home in California to pursue the large animals. It’s something Montanans can take part in, too. Annually, through a drawing, the Reserve awards bison harvests to members of the public. If successful, the cost is $300. A retired Marine, Meyer was injured in a bomb blast in Sangin, Afghanistan, in 2011. He lost his right leg above the knee, his right hand and three fingers off his left hand. Yet his spirit and spunk still shine, and there’s no place he’d rather be than hunting. Read more about him and the bison harvest in my story at https://billingsgazette.com/outdoors/eastern-montana-prairie-bison-pursuit-challenges-wounded-marine-veteran/article_986b9435-1ac3-5325-aa97-6a820b55ee01.html.