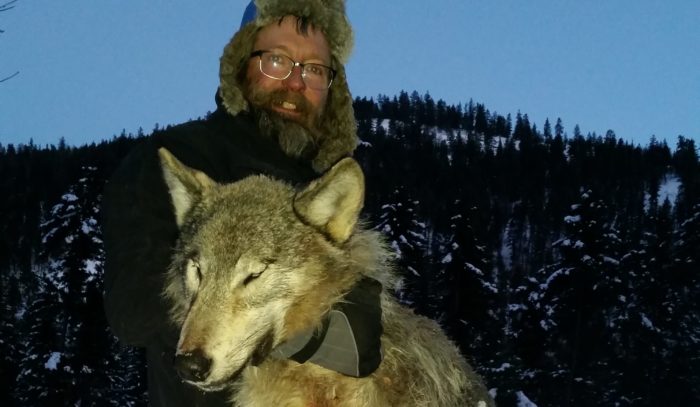 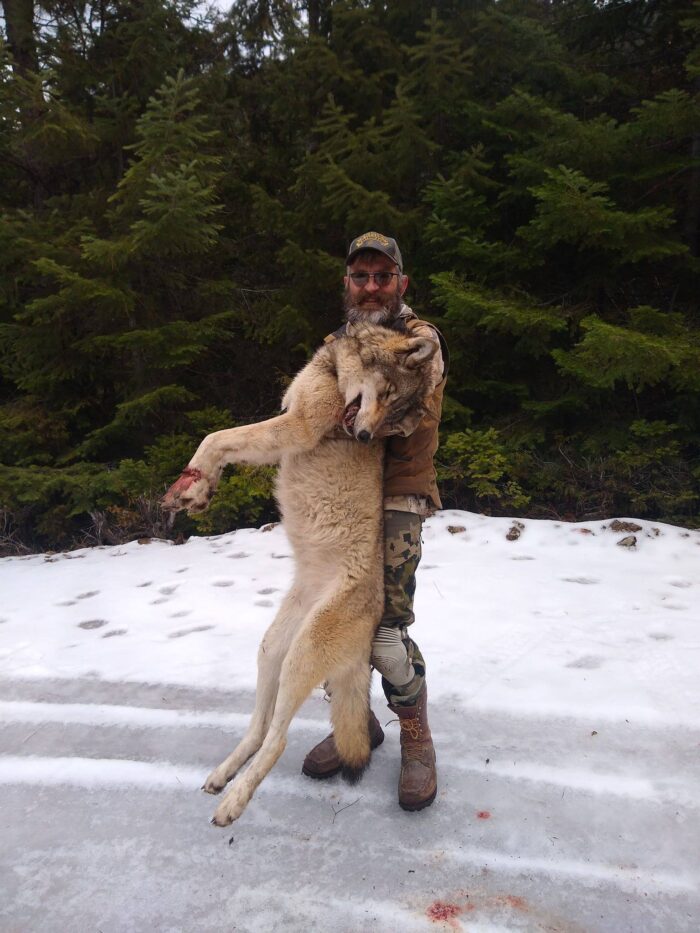 photo posted on Footloose Montana social media as they bashed Dan Helterline in the caption for being good at wolf management.

The anti-sportsmen group, Footloose Montana, doesn’t really have much to say unless they are harassing hunters, trappers and/or anglers.  It just depends on what they are mad about that day, I guess.  These groups are all about trying to eliminate management that actually helps wildlife–which shows how little research they do of their own.  I mean, I understand passion, but at least realize what you’re passionate about and do some actual research before acting like terrorists.  It’s strange to see so many people threatening murder and wishing death upon families, including children of trappers all because they don’t agree with any type of wolf managment–especially trapping.  I don’t get it, and they won’t actually talk to sportsmen long enough to explain anything without getting so worked up and emotional to even be able to form a sentence–at least that is our experience.

So, on January 20th, they targeted the one and only, Dan Helterline.  They captioned two pictures of Helterline on their social media page with the following caption:

Watch here for wolf slaughter bills coming up in Montana legislature. It will take us all to speak out against this barbaric extermination of wolves. Montana Trappers Association’s Dan Helterine tortured and killed nine wolves last year–limit was five but FWP declined to pursue his illegal kills. Hold FWP accountable! Helterline lives to torture and kill animals in traps.

To think that any hunter, trapper or angler is out to torture animals is ludicrous.  Any poachers out there are NOT sportsmen.  Those people may as well be antis, themselves.  It is so bizarre to process that it doesn’t matter if we set them straight on why we trap and how effective and necessary trapping is as a form of management to HELP wildlife, they still threaten and harass sportsmen because of the ridiculous propaganda out there.  Enough with the emotional part; not everybody is a hunter, trapper or angler, but at least you can understand why people do it.  Ask us a question.  If your computer is broken, you’re not going to call an anti-technology company to ask them how to fix it.  So, if you have a question about trapping, ask a trapper.  Question about hunting, ask a hunter.  Fishing?  Ask an angler.

If there’s one thing about the sportsmen community, especially here in Montana, we are all about helping others, answering questions and mentoring others–which is part of what makes Helterline so awesome.  Not everybody can catch a wolf, whether it be by trapping or hunting, so the fact that Helterline has proven year after year that he is good at it and even hosts a class every October for $195/person, which includes a wolf howling seminar with Outdoor Writer, Toby Walrath and an actual trap-setting time with Q and A.  Two or three different types of sets are done to show the difference, and Helterline and Walrath show their methods and what has worked for them.  Lunch and coffee are also provided.  Details will be posted on MontanaOutdoor.com for the 2021 class, but be sure to mark your calendar for the first Saturday in October.

On this note, we are well aware the antis of Footloose Montana are reading this and about to self destruct with the hatred they have for people they don’t know that are doing things they don’t understand because they won’t ask.  However, the attention is entertaining at times, personally, but I do wish they would just reach out and ask questions rather than threaten to kill children, spouses, parents, pets….it’s bizarre.  What DO these groups stand for if they will kill trappers’ pets and talk about killing people, but they claim they are so passionate about protecting their own pets?  Makes no sense.

Either way, I hope THE Dan Helterline still gets out there kicking some serious wolf management butt and that our wildlife is balanced and healthy.  Isn’t that everybody’s goal?  It should be if it isn’t!  Congratulations and THANK YOU, Dan, for all you do.  Your fan club is bigger than your anti club!