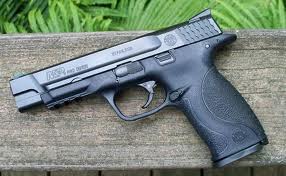 HELENA- The Montana House of Representatives voted 66-31 today to pass House Bill 102 by Representative Seth Berglee (R-Joliet). House Bill 102 removes state barriers to individuals exercising their constitutional right to carry a firearm for self-defense. It allows individuals who are lawfully allowed to open carry a firearm to carry concealed in the same areas without a permit. Additionally, HB 102 ensures that young adults on our college campuses aren’t denied their fundamental right to self-defense.

“It is long past due that law-abiding Montanans’ right to self-defense is respected without state barriers,” Rep. Seth Berglee said Thursday. “This bill modernizes Montana’s antiquated permitted and permitless carry laws to better reflect the safe carrying of firearms in the 21st century.”

House Bill 102 now moves to the Montana Senate for consideration.

“House Bill 102 is a priority bill for House Leadership, and I want to thank Representative Berglee for carrying it,” said Speaker of the House Wylie Galt. “House Republicans will continue advancing bills this session that protect the rights and individual freedoms of Montanans from government intrusion.”