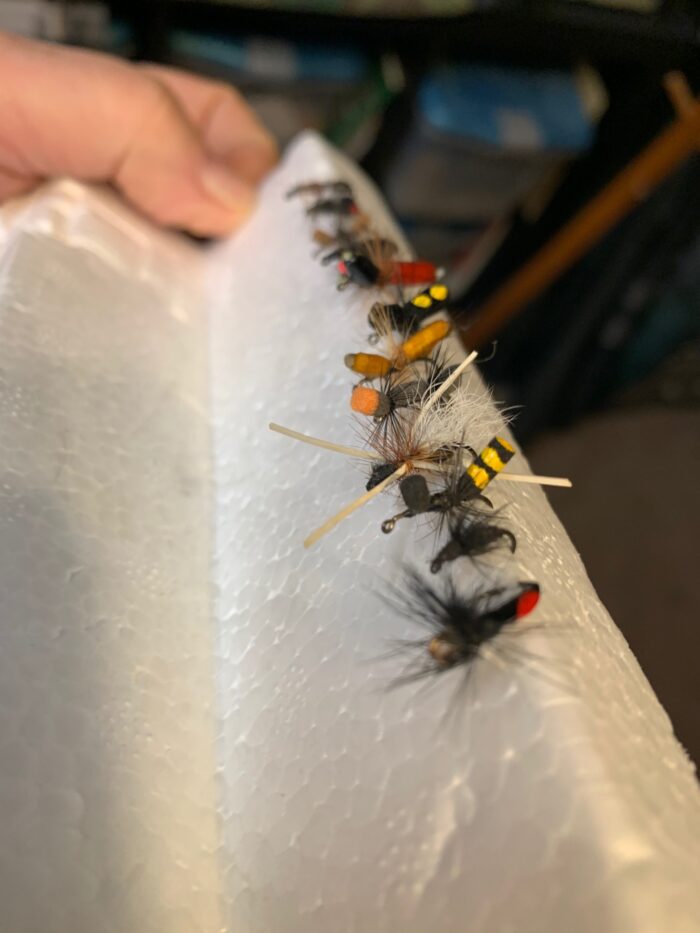 Ants are found just about everywhere. These durable critters can be found even in cold months. Even if fish are feeding on other foods, Ants make for great snacks. They come in all shapes, colors, and sizes. You may also want to add one to a dropper. 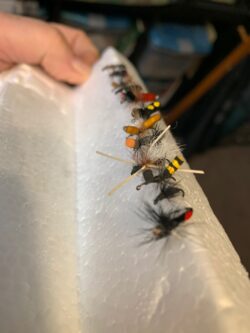 Ants are a random, fast food for fish. Dry, wet, with or without wings. Ants are great Superflys. You can tie them out of foam, hair, or Balsa wood. Wet ants can be made of epoxy, lead, hair, or yarn. Accuracy, when tying is not important. Something in basic black and buggy makes a great Superfly.

When fly fishing began, Ants were glued to hooks. Original anglers would also wire, tie, or glue hoppers, houseflies, and anything else to a hook, rather than tie them. These were the first real dry flies.

During a fishing trip along the Yellow Breeches Creek, we were waiting for the White Miller hatch to happen. Dozens of anglers were standing around waiting for the grand hatch. As an impatient kid, I went fishing. Since nothing was hatching, I went to the Ant.

The Ant I used was made from Balsa wood. I saw the design in an old Sports Afield magazine. You cut the wood into thin strips, about the size of a fat wooden matchstick. Next you punched a lengthwise hole through the balsa and threaded a piece of 20 lb. mono through it. A match would melt the tip of the line to prevent it from pulling out. Next, I painted the 2-part Ant body whatever color I wanted and tied them to a dry fly hook. A few wraps of hackle and I made a floating Ant!

Anyway, I started with a bigger Ant, size 10, on top and a dropper, size 12, on the bottom. The smaller ant would catch more fish, but I could see the top fly as a strike indicator. The top ant was also colored yellow for better visibility.

Suddenly a Pennsylvania Game Warden waded out to me and wanted to see what I was using. He had never seen my Ant pattern and was surprised. I handed him the rod and netted several fish for him. When the warden passed the gawking crowd, he just told them that I was using a legal secret fly!

I have caught trout, bass, crappie, bluegills, and even carp on every water that I Ant fished on. Ants come in all sizes and colors, but some presentations are better than others. Using a tandem rig gives fish a choice. When I fish Salmon flies along the Madison River in Montana, I drop an Ant off the adult floater. Even though Prime Rib Salmon flies are on the menu, the Ant is a consistent appetizer.

Easy to tie, use, and cast. Just don’t get them in your pants!