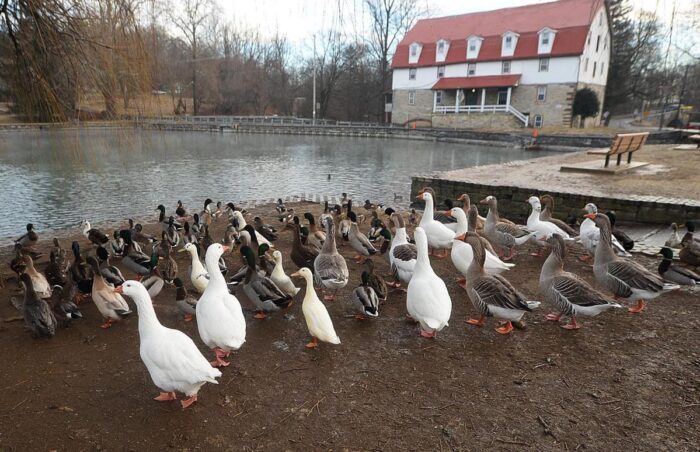 We have all been to a park where Geese and Ducks are large and in charge. Back in the day, I took my kids to a pond where the geese were big and nasty. The Canada geese would swim away but the big gray geese with the big red snot noodle on the nose would go on the attack. 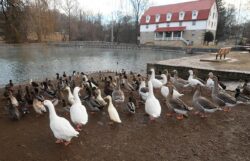 My Daughter Jessie insisted on feeding all the Geese and ducks some bread. After a couple crumbs, the rush was on. It was like a gaggle of Shed Hunters busting to get into the public land to grab antlers.

Of course, the Big Gray Goose wanted the whole loaf of bread and Jessie too! After Jessie ended up on her butt, with a goose marching on her chest, the Free Bread line was closed. Jessie tackled the Goose and the Goose grabbed Jessie. They were rolling around the bank in a cloud of feathers and dirt.

It happened so fast that I was not sure who, what, or where to grab. Finally, the Big Gray Goose had enough and jumped back into the pond. Jessie was filthy and feathered but she won the battle. To this day, Jessie has no desire to feed the geese and ducks again. What was funniest was her advice for the Geese.

“They can go flock themselves”.

For more Montana Grant, find him honking at www.montanagrantfishing.com.