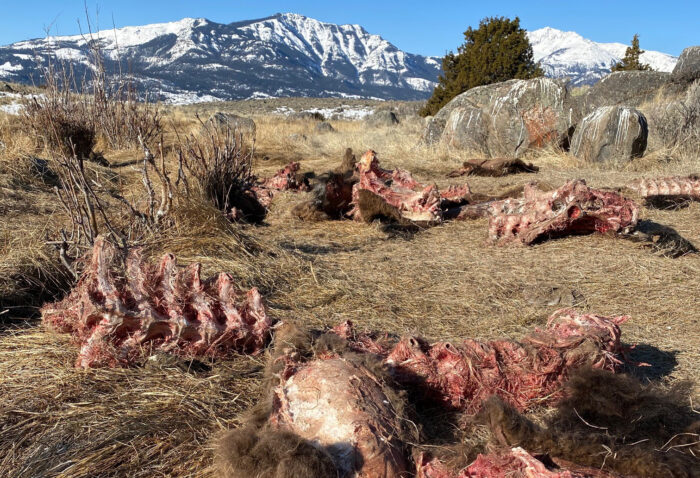 Bison were shy about migrating out of Yellowstone National Park this winter, meaning hunters killed fewer animals, according to Montana Fish, Wildlife & Parks. So far hunters have killed 169 bison, compared to 200 last year. Also last year, another 260 were shipped to slaughter. Because so few bison moved north into the Gardiner Basin, the Park Service elected not to capture any for its slaughter program to ensure hunters had an opportunity to take them. Last year the park shipped 260 bison to slaughter. Are bison growing wary of migrating, or was the mild winter to blame? Whatever the reason, the population will grow to about 5,100 to 5,200 animals by next season as the park struggles to find a way to reduce the herd without using the publically unpopular slaughter program. For more info, check out my story at