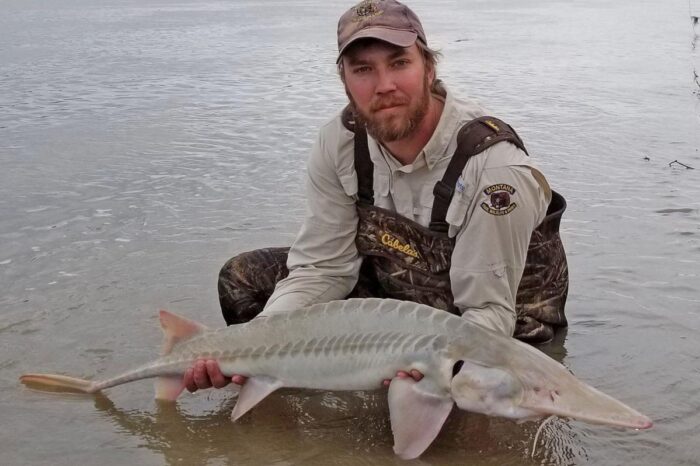 A proposal to test how changes in outflows from Fort Peck Reservoir might affect spawning by endangered pallid sturgeon is outlined in a recently released U.S. Army Corps of Engineers’ draft environmental impact statement. The study will be no easy task, and has to take into consideration the many stakeholders involved – everyone from irrigators to recreationists and tribes. Under the proposal, flows would be increased in spring to encourage fish upstream to spawn, and then lowered to allow their larvae more time to drift downstream. No survival of wild sturgeon in the Missouri or Yellowstone rivers has been documented since dams were built on the streams. To learn more about the proposals, read my story at https://billingsgazette.com/outdoors/mimicking-spring-runoff-from-fort-peck-dam-to-help-pallid-sturgeon-examined-in-draft-eis/article_74ff87e2-8db7-5ca7-b15a-acfa1255533d.html