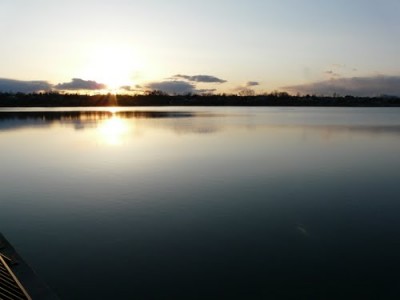 BILLINGS – Anglers will be able to catch and keep as many fish as they want this summer at Lake Elmo in Billings Heights. Montana Fish, Wildlife & Parks will lift creel and fish-length limits on the lake starting May 1 ahead of plans to completely drain the lake in October.

FWP plans to drain Lake Elmo starting in October 2021 and leave it dry next winter to eradicate invasive Asian clams found in 2019. Biologists believe the destructive clams are limited to Lake Elmo. Searches upstream and downstream from the 60-acre irrigation reservoir found no invasive clams. Biologists plan to freeze, starve and dry the invasive clams by draining the lake and leaving it dry for the winter.

FWP fisheries and parks officials also are planning construction to improve fish habitat, angler access and visitor convenience while the lakebed is dry.

“Unfortunately, we cannot move the fish to another waterbody as that might further spread the clams,” FWP fisheries biologist Shannon Blackburn said. “Any fish remaining in the lake when it is drained will have to perish in place along with the invasive clams. We would rather have anglers catch and keep the fish.”

Lake Elmo will refill in April 2022 after a winter of being dry and FWP will restock several species of fish. Biologists expect that fish from the Yellowstone River also will repopulate the water naturally by following the Billings Bench Canal that feeds the lake.

While there will be no limits on the number or length of fish caught and kept, anglers still must have a valid fishing license and adhere to other rules and laws set by fishing and park regulations.