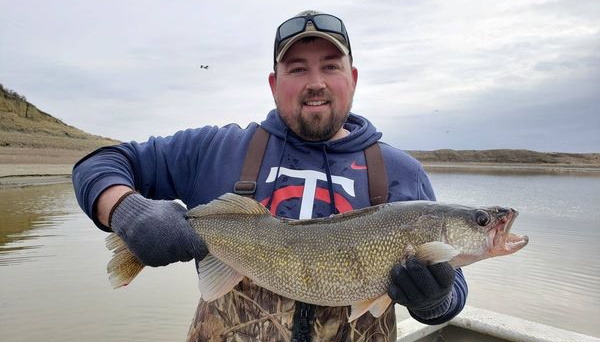 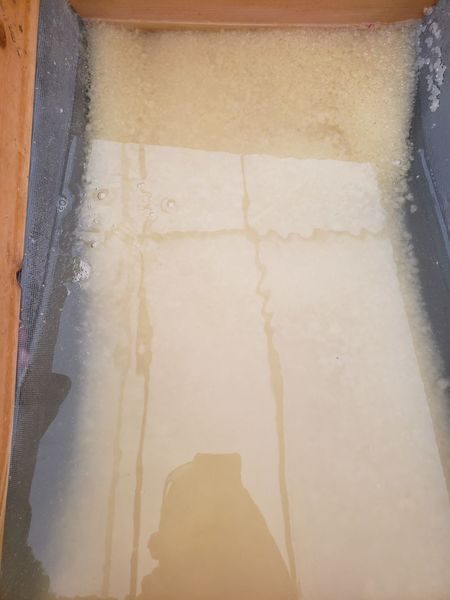 It’s been a crazy roller coaster ride over the last several days at the walleye spawning operation on Fort Peck Reservoir! Water surface temperatures on Thursday ranged from 35 to 40 degrees, but quickly warmed to 47 degrees throughout our trap netting locations on Saturday. This prompted walleye to start cruising the shorelines once again in an attempt to spawn.

We were only able to bring in 16 ripe on Thursday and 27 ripe female walleye from our trap nets on Friday due to the cooler water temperatures. We did manage to collect a few more ripe females from the holding pens and hold two small egg-takes that yielded roughly 7 million eggs over these two days.
However, we collected nearly 130 ripe female walleye as temperatures were approaching 47 degrees on Saturday. Region 6 FWP staff was literally up to their elbows in walleye as we collected a little over 17 million eggs in one day!
These three egg collection efforts rapidly pushed our egg total to approximately 74 million eggs for the season. This second pulse in walleye numbers and eggs collected will provide enough eggs to stock the Fort Peck and Miles City rearing ponds once they hatch into fry. These walleye fry will eventually turn into fingerling walleye that will be used to meet statewide stocking requests here in Montana.
Thanks to those who followed along and tracked the progress of this annual effort. Best of luck fishing to everyone this upcoming season!

Photos 1 and 2: Warden John Huberty doubling up with a good-sized walleye and northern pike from a productive trap net.

Photo: A batch of walleye eggs “water hardening” before transport back to the hatchery. 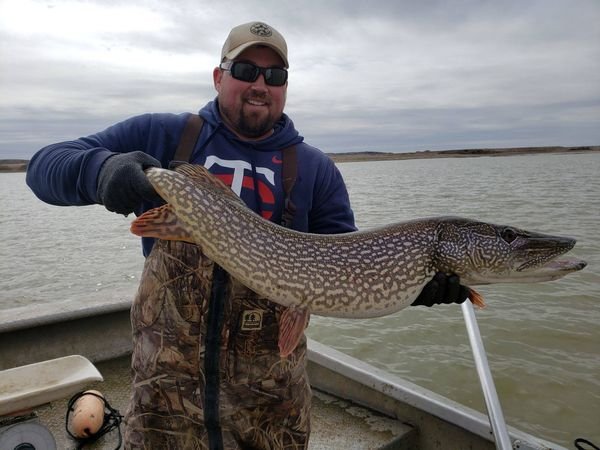 Warden John Huberty doubling up with a good-sized walleye (feature photo) and northern pike from a productive trap net. 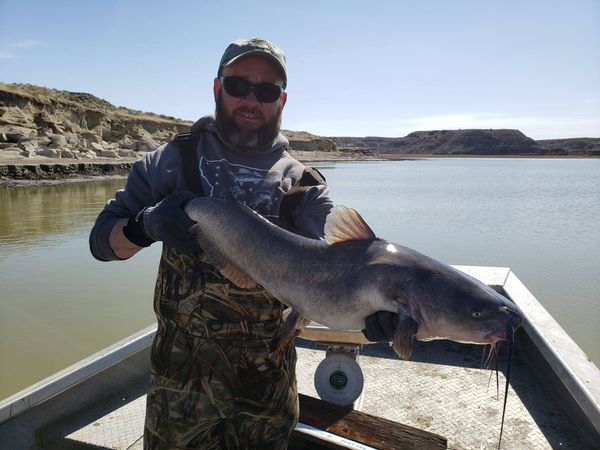 Fish culturist Ryan Lott with a big channel catfish from a trap net.