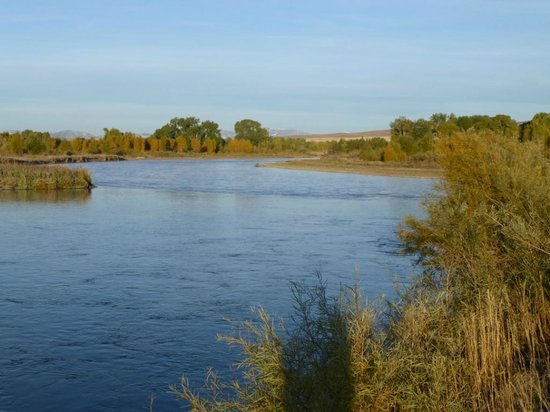 You know how fishing goes. You should have been there yesterday or tomorrow. The Bite about fishing is catching the Bite!

So, after finishing some chores, the wonderful weather and Spring rivers were calling. I only had a spinning rod in my truck and no boots. My vest had my spinner box and net attached so off I went.

The Headwaters Park is where the Missouri river begins after the Madison, Gallatin, and Jefferson converge. There is always a ton of people walking their dogs but rarely are their fishermen. I walked down the banks of the Gallatin and began fishing upstream. You could almost imagine the canoes and camp of the Lewis and Clark Expedition. I am sure that they walked, washed, and fished in the spot I was fishing.

I tied on a #2 silver Blue Fox spinner. This spinner is heavy, so it sinks quickly. It also has a Vibrax feature that supposedly sends out sound waves to excite the fish. The water looked great, and I have fished it before. Before casting, I checked the drag on my reel and sharpened my hooks.

Trout migrate up and down these waters as the temperature and water levels change. Now is when they begin heading upstream. One tagged Brown trout from above Lewis and Clark caverns, ended up in the East Fork of the Gallatin, near the golf course a few years ago. Rainbows also migrate in the spring to spawn. 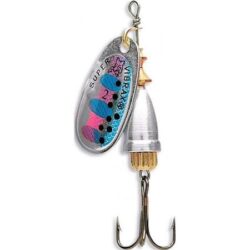 My first cast didn’t count. My kinked and coiled line had memory from lack of use. After stretching out the coils, it was time to begin. I picked a nice midstream rock to target. I cast beyond the rock and twitched the Blue Fox behind it. Wham! I was now Fish On!

The hefty rainbow gave me a tussel. My drag on my Daiwa reel was singing and my light action rod was at full bend. Two jumps and a few runs later, I slid the 16-inch rainbow into my net. A quick disconnect and the trout was quickly and safely released to finish her spawning run.

Over the next 2 hours, the story was the same. I netted over 20 hefty fish. Only 2 were browns. None were over 20 inches or under 10. My rod, reel and arm got a great workout. I never saw another fisherman, just a herd of pooping dogs.

Fish when you can. The waters fine!