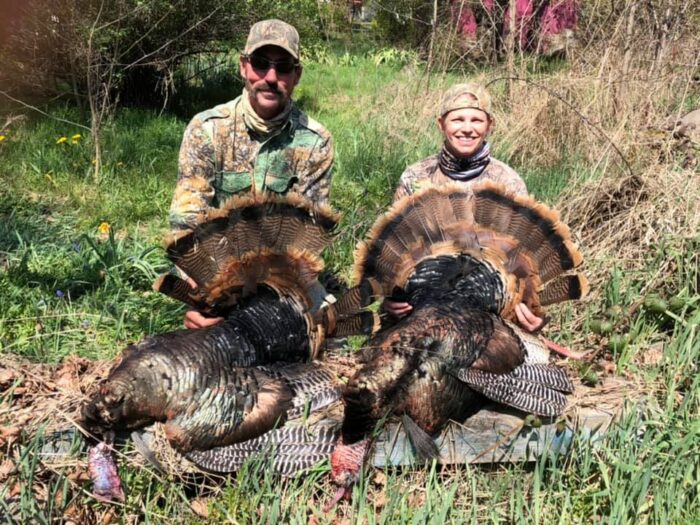 Spring turkey season is amazing. I almost do not want to advertise it because I enjoy the uncrowded hunting so much. Most Turkey hunters have little or no skills to harvest a wild Spring Gobbler. 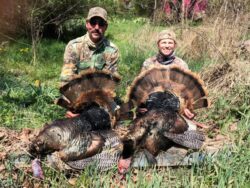 Years ago, my Son and I went on a joint turkey Spring Turkey hunt in southwest Montana. We successfully put some gobblers to bed and got up early to wake them up the next morning. As I placed the decoys in front of us, in the dark, I hoped that this would be my Son’s first turkey harvest.

As the sun began to rise, we made a few tree calls. Then a cackle. Our friend and Turkey mentor Geoff Cerrelli was calling from behind us. He had tagged out the day before and was helping us. Sometimes a plan comes together. Before you knew it 2 gobblers were in full display and strutting toward our decoys. One Jake and one Bigger bird.

Kyle had a 20-gauge pump loaded with a 3-inch #4 load. I had an Ithaca 12 Gauge that was locked and loaded with #4 2 ¾ inch shells. Kyle had first dibs. As the gobblers approach the decoys, I looked over at Kyle’s gun and noticed that his action was not fully closed. We were sitting next to each other and I whispered, “Close your action.” A few moments later I said “shoot”.

BOOM! Kyle’s turkey was down. The second gobbler took to the wing and as he landed near the forest edge, I had rolled out and shot. “HOLY CRAP!” Kyle shouted. We had just doubled on a pair of Merriam’s.

Recently my friend Eric Wilcox took his fiancé, Lacy, on her first turkey hunt. I am sure that they felt the same as Kyle and me.

Eric took a break from fishing to drag his fiancé afield and only took one shotgun! Thanks to his experience and skills, they both harvested a pair of birds in Idaho. What a gift! Ladies first, then time for the guide. When I look at their turkeys, I see more of eastern bird characteristics, The tails are darker, like an eastern bird.