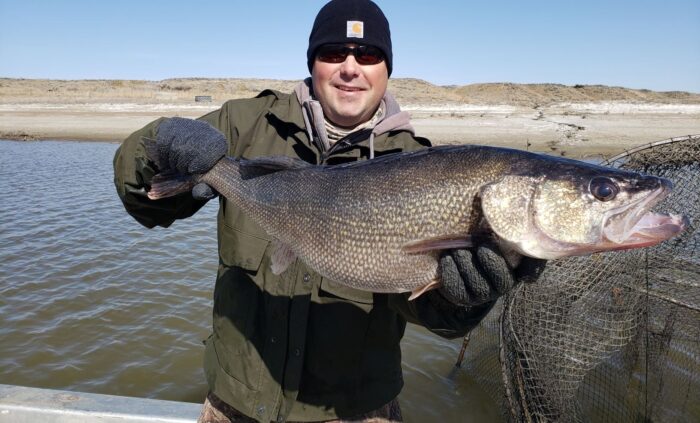 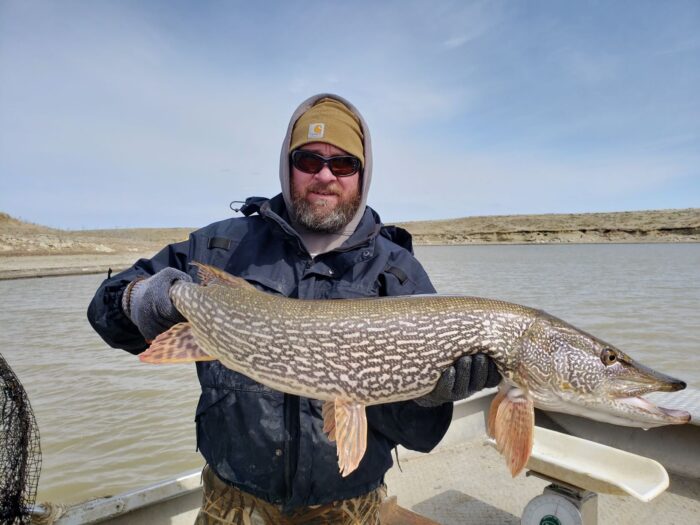 Wow… the weather we’ve experienced over the past few days have led to some very busy but productive days for the walleye spawning operation on Fort Peck Reservoir. Temperatures have warmed a bit more, and we’re still seeing water temperatures ranging from 49-52 degrees throughout our trap netting locations. These favorable temperatures have really kicked walleye spawning activity into high gear in terms of numbers and spawning condition of the walleye we’re capturing.

Thanks to the increase in ripe female walleye numbers, we’ve been able to hold three egg-takes since the last update:

There have been some pretty big fish come through the trap nets at the 2021 Fort Peck Walleye spawn so far this year as well, including: