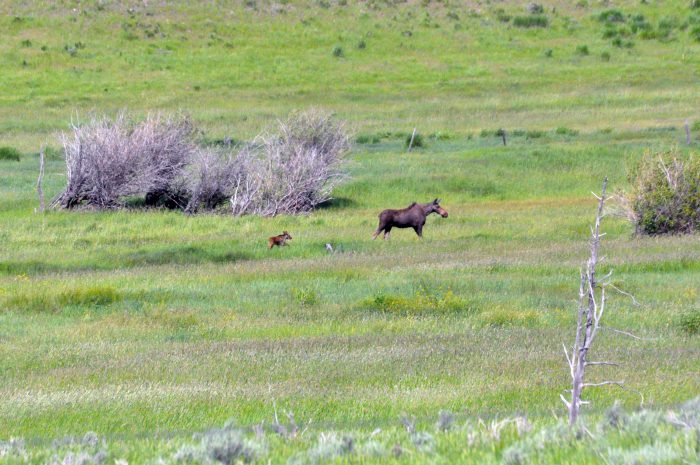 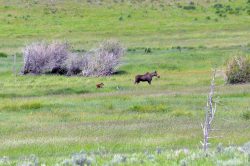 A woman was injured Friday evening by a moose in Virginia City.

The 66-year-old woman was walking her dogs along Cover Street when a cow moose charged at her from a patch of willow trees nearby. The woman suffered a fractured wrist during the encounter.

A game warden with Montana Fish, Wildlife & Parks assessed the area and spoke with the woman, who said the cow moose was accompanied by a yearling calf. FWP staff will monitor moose activity in this area, but no further management action is planned at this time.

Moose are common in southwest Montana and can be defensive and dangerous in surprise close encounters with people. This is especially true of cow moose with calves. Keep these precautions in mind to avoid negative encounters with moose: